Routine screening should not be recommended for those aged 50-79, experts advise 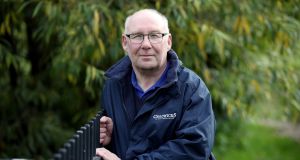 Being disgnosed with bowel cancer was a massive shock for Paul Mohan (56). ‘There were no warning signs before the blood,’ he says. Photograph: Laura Hutton

Routine testing for bowel cancer should not be recommended for everyone aged 50-79 years because, for those at very low risk, the benefit is small and uncertain and there are potential harms, international experts have recommended.

Screening should be recommended for men and women with a risk of 3 per cent or more in the next 15 years, as this is the point at which the balance of benefits and harms tilts in favour of screening, they say in an article in the BMJ journal. Percentage risk is calculated based on factors such as age, gender, family history, weight and intake of tobacco and alcohol.

Under the State’s BowelScreen programme, introduced in 2012, all men and women aged 60-69 years are offered screening every two years, using a home-test kit known as the faecal immunochemical test (FIT). From 2021, it is planned to extend the programme to all aged between 55 and 74 years. Where blood is found in the test, a colonoscopy is offered.

Responding to the BMJ report, a spokeswoman for BowelScreen said the programme had detected 718 cancers since it started, as well as over 19,000 pre-cancerous growths.

The approach suggested by the panel of experts can have advantages, she said, including greater motivation to participate among high-risk individuals and the potential for more cost-effective programmes.

“However, high-risk screening strategies can also have smaller effects on overall mortality rates because fewer people are screened. Most importantly, colon cancers occur in those without risk factors and the opportunity to prevent these with bowel screening would be missed.

“BowelScreen has been and continues to be informed by international screening best practice.”

The recommendation by the panel of international experts takes account of recently published research on the long-term effects of screening. It takes account of an individual’s cumulative risk of bowel cancer over the next 15 years together with the risk of harm from the procedure (for example, through bowel perforations or unnecessary treatment). It also takes account of quality of life issues such as anxiety and the burden of the procedure, as well as a person’s values, preferences and life expectancy.

The evidence backing colorectal cancer screening “is still fragile and strong recommendations cannot be issued at the moment”, writes Prof Philippe Autier at the International Prevention Research Institute (iPRI) in a linked editorial.

More than 2,700 men and women are diagnosed with colon cancer each year in Ireland and it is the second most common cause of cancer death in this country. A Health Technology Assessment was carried out by the Health Information and Quality Authority (Hiqa) in 2009 which recommended a national population-based bowel cancer screening programme.

Population-based screening programmes aim to improve health outcomes and reduce cancer mortality in our population. These benefits must outweigh the potential harms of any screening test. Hiqa’s assessment found that, in an Irish context, screening every two years using the FIT test was the most effective programme. The primary aim of bowel screening is to detect pre-cancerous adenomas in the lining of the bowel and to remove these before they develop into cancer.

For Paul Mohan (56), being diagnosed with bowel cancer in 2017 came as a massive shock. A non-smoker and a regular cyclist and walker, he says he had been in reasonably good health up to then and had no intimation of what was to follow.

He went straight to his GP, however, on discovering he had passed blood, and was then sent for a colonoscopy. This showed up a tumour in his bowel.

“There were no warning signs before the blood. It came as a massive shock, all the more so as my mother had passed away some months previously,” he recalls.

As he had stage 4 cancer, the only option was surgery. Mohan had a colon resection, followed by an arduous 13 sessions of chemotherapy. For five hours each Wednesday, he went to St Vincent’s hospital where the chemo was administered, with the supply pump being detached on the Friday.

“I found it very tough; maybe not as tough as others found it, but tough all the same.”

He had to wear a colon bag for 11 months, but has made a good recovery. Back working over a year now, he says his only continuing symptom is feeling “a bit tired”.

Mohan, from Ballinteer, Dublin, was too young to be covered by the BowelScreen programme. But he says anyone with abnormal symptoms – such as blood in the stool or unexplained stomach pain – should go to their GP and see it they need a colonoscopy.

“They call bowel cancer the silent killer. But the sooner you get it diagnosed the better chance you have of making a full recovery.”