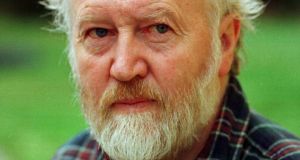 Leo Hallissey of the Connemara Environmental, Educational and Cultural Centre


A leading Connemara environmentalist has warned that the Government will “politicise” disbursement of EU and State Leader funds to community groups if it transfers the purse strings to local authorities.

Leo Hallissey of the Connemara Environmental, Educational and Cultural Centre said decades of community development in his own area could be threatened by the proposal, which Minister for the Environment Phil Hogan intends to implement.

A group of 23 academics from nine third-level institutions has already warned of depletion of skills, job losses and devastation to peripheral communities if there is any attempt to subsume community development into county councils, while Independent MEP Marian Harkin has said Leader boards must be autonomous and community-led.

Mr Hogan has established a review of the current system of leader funding, under his Action Programme for Effective Local Government .

Mr Hallissey is board member of the Connemara Forum group, which is responsible for leader in the Letterfrack area of northwest Galway.

Fellow board member Hugh Musgrave, who is the Irish Farmers Association representative on the Connemara Forum board, also said any such change would do “everlasting damage” to peripheral areas.

“We are not opposed to local government reform, but there is no evidence to suggest that handing responsibility for Leader over local authorities will save any money,”Mr Musgrave said.

Mr Hallissey said the beauty of Leader was that there was no political interference. Projects were assessed by a committee under strict criteria and recommendations were then forwarded to a board.

“There are 550 people involved in education in our village in Letterfrack, and only recently we had MEPs looking at the Irish Leader system as a good model,” Mr Hallissey said.

Ms Harkin, North and West MEP, has echoed this view, noting that the European Commission and the European Parliament fully support the community/voluntary-led model.

The Leader initiative was established by the European Commission in 1991 to nurture a “bottom-up” approach to development of sustainable rural communities, following the reforms of the Common Agricultural Policy.

The 2007-2013 programme is part-funded (55 per cent) by the EU through the European Agriculture Fund for Rural Development and by the Exchequer (45 per cent). It includes a provision covering cultural and leisure activities.