No council backing for Killarney call on smoky coal ban 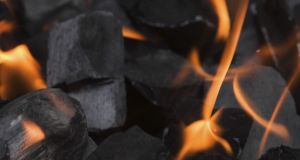 Killarney was under the 15,000 population threshold for the mandatory move to smokeless coal. Photograph: Getty Images

Killarney has long been known as a black spot for asthma, but the finger is usually pointed at the natural environment, rather than at smoky coal.

Last February a call for a public consultation on banning smoky coal in Killarney, in the wake of research that found winter night-time pollution in the town was far in excess of EU accepted levels, did not receive support at council level.

Cllr Michael Gleeson, of the South Kerry Independent Alliance, has previously called for a consultation on a ban on health grounds. He said that he had been prompted to do so by his experience of living in Dublin, before the 1990 ban in the capital.

Killarney was under the 15,000 population threshold for the mandatory move to smokeless coal, but it could have applied for the ban on smoky, the council had been told.

Mr Gleeson said that the town’s 12,750 residents should be polled on the matter.

However, he was not supported in his call by other councillors because of their concern about the higher cost of smokeless coal.

Mr Gleeson, a retired teacher, explained that while smog was not a huge problem in the tourist town, it was largely climatic.

The fact that Killarney is in a valley makes it prone to the phenomenon of inversion, said Mr Gleeson on Monday.

“In Killarney, so many people burn coal and in a valley and when there is no wind blowing and nothing to carry it away, it can be a problem,” he said.

However, not a huge number of people complained about smog in Killarney, he added.