New planning regulator to be established 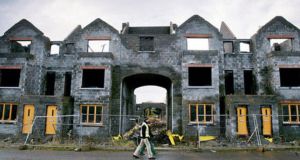 The Government is to establish a new body to regulate planning, it was announced today.

The Department of the Environment said in a statement the Cabinet had approved proposals to draft the Planning and Development Bill.

It said the establishment of the body was in response to the recommendations of the Mahon tribunal, which issued its final report in March 2012.

The report of the tribunal found that corruption continued at length in the planning system because it “affected every level of Irish political life” and “those with the power to stop it were frequently implicated in it”.

Minister for Housing & Planning Jan O’Sullivan said: “The Government has given its commitment to implement the recommendations of the Mahon Tribunal and today’s decision represents a milestone in that regard”.

Minister for the Environment Phil Hogan said: “The implementation of this important recommendation is another tangible reform that will achieve the Government’s goal of restoring and maintaining public confidence in our planning system.”

He said the independent regulator will review and assess all forward planning functions by local authorities- such as the drafting of city and county development plans. The regulator will also have the power to advise the minister to reject or overturn part or all of a plan “where it is not up to scratch”, Mr Hogan added.

“ This advice will be published. The final decision to act will rest with the Minister of the day, and the Minister will be accountable to the Oireachtas for his or her decision”.

It is understood this new planning regulator’s office will be staffed and resourced largely by staff taken on secondment or on a permanent basis from An Bord Pleanala.

3 Covid-19: Six more deaths and another 612 cases confirmed in the State