Michael Healy-Rae turned down for permission for apartments in pub 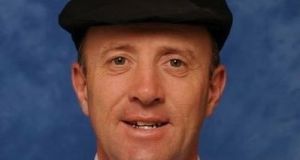 Michael Healy-Rae is the Dáil’s biggest landlord with up to 10 rental properties.

Kerry TD Michael Healy-Rae has been refused planning for apartments in a vacant public house in Tralee, with the planning inspector describing what was proposed as “substandard” and meeting only the minimum requirements.

Mr Healy-Rae is already the Dáil’s biggest landlord with up to 10 rental properties. However, his proposal for the part-conversion of Nancy Myles Pub, opposite the old army headquarters of the Munster Fusiliers in Tralee, has met strong local opposition.

The original application was for change of use of most of the ground floor and extension to public house to nine residential units.

Following a revised application, permission for four apartments was given by Kerry County Council.

However, Bord Pleanála inspector Kevin Moore who visited the site said although the zoning was residential, “there are serious concerns about the nature and extent of development for this site”.

The original application sought to convert the ground floor to nine bedsits.

“This proposal was seriously substandard for human habitation purposes in terms of space, light, amenity, parking, etc,” the inspector said.

Regarding the council’s permission for four residential units, the inspector “seriously called into question” the viability of the proposed apartments as living spaces that would have a standard of amenity to permit habitation in a satisfactory manner.

“I note that the proposed apartments each just meet the very minimum floor area standards,” the inspector said.

Only partitions would divide two of the units from the pub and there must be serious concerns about noise and disturbance and he questioned the adequacy of amenity space.

“This development will provide a substandard form of accommodation for the occupants of the proposed apartments and would most likely have serious adverse consequences for the functioning of the remainder of the building in terms of meeting basic standards for residents and the needs of a public house,” Mr Moore said.

The board ruled in accordance with its inspector, saying it was not satisfied that the architectural response and design was of a satisfactory standard to meet the needs of future occupants.