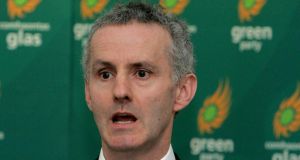 Locals in south Dublin have pledged to fight “tooth and nail” to prevent the development of the controversial Poolbeg incinerator which looks set to go ahead after the State’s public private partnership financial watchdog approved the project.

The National Development Finance Agency issued a value for money certificate yesterday for the 600,000-tonne waste-to-energy plant, which had been subjected to numerous financial and legal delays.

The agency’s approval was the final hurdle before the council, which has had planning permission for the plant since 2007, could give the go-ahead to Covanta, the US firm contracted to build and run it.

Covanta is to spend €500 million developing the plant , which will take three years to build and could be open by late 2017.

Damien Cassidy, chairman of the Ringsend and Sandymount Environmental Group said the plant was not wanted and totally unnecessary.

“It will be opposed by everybody down here; I know nobody who will support it except the developers,” he said.

He said it appeared that because Dublin City Council had already spent €100 million on the project they were using that as a reason to go ahead with it. He raised concerns about the safety of smoke that will emanate from plant and said there was not enough waste available to run it.

“Nobody in this city wants an incinerator in Sandymount and Ringsend,” he said.

“If it takes someone having to go to court to oppose it, we will … we will fight tooth and nail.”

Local Green Party councillor Ciarán Cuffe said the reports prepared for Dublin City Council on the incinerator were “deeply flawed and lacking in transparency” and “the numbers, the planning permission, and the strategy are all wrong”.

Far from being required to deal with Dublin’s own waste, the project “can only hope to be marginally viable if it burns the majority of the residual waste generated in the whole country”, he said.

He said consultants PwC based their findings on confidential data “supplied by parties with a vested interest in the incinerator progressing”.

“PwC acknowledge that they haven’t been able to independently verify any of the data supplied to them.”.

The former minister of State for planning said in order for the incinerator to be commercially viable after 2025, either waste generation must increase or recycling must be capped.

“The reports take for granted that Poolbeg will be burning most of the residual waste generated nationally by this point,” Mr Cuffe said.