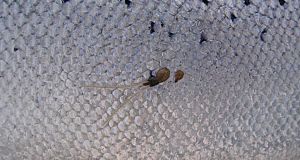 The Office of the Ombudsman is to extend its inquiry into the Irish Government’s response to an EU Commission sea lice investigation.

The Office of the Ombudsman is to extend its inquiry into the Irish Government’s response to an EU Commission sea lice investigation.

The Ombudsman’s Office is already inquiring into the handling of questions put to the Department of Agriculture by the EU, on the prevalence of sea lice near salmon farms and their impact on wild salmon.

The inquiry followed a complaint by Friends of the Irish Environment that a key report from the State body Inland Fisheries Ireland had been withheld by the Department in its response to the EU.

The Ombudsman’s Office confirmed it has now extended that inquiry into the handling of the issue by the Department of Foreign Affairs which was the first port of call for the EU Commission inquiry.

The Commission has also asked for information on the allegations that the Inland Fisheries report was withheld, and has told MEP Nessa Childers it may reopen its original investigation.

At the centre of the row are plans by Bord Iascaigh Mhara to develop a number of large-scale salmon farms along the west coast, including a 456-hectare farm in the lee of the Aran Islands, in Galway Bay.

The Bord has drawn attention to a study by the State’s Marine Institute which claimed only 1 per cent of wild salmon fatalities are caused by the lice.

However fellow State agency Inland Fisheries Ireland (IFI) also produced a study which indicated that 39 per cent of wild salmon mortalities could be attributable to sea lice associated with fish farms.

While the merits of both studies are debated in the scientific community, Friends of the Irish Environment alleged that the Department of Agriculture suppressed the Inland Fisheries’ report, denying its existence.

The IFI report, which the environmental lobby group obtained under Access to Information on the Environment laws - and published on its website - was highly critical of the defence of salmon farming that the department was making to the Commission.

A new request to the Ombudsman’s Office for “Redress for Maladministration” was filed by Friends of the Irish Environment last month. It claimed the Department of Foreign Affairs failed to assign the responsibility for responding to the Commission to include Inland Fisheries Ireland, instead making the Department of Agriculture the sole agency in charge of responding to the investigation.

The Office has now said it will investigate this aspect of the ongoing row.