Many of the observed changes ‘are unprecedented over decades or millennia’ 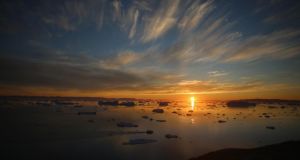 Publication of the latest report by the UN’s climate scientists, confirming that global warming is real and mainly caused by human activities, has put renewed pressure on world leaders to reach agreement on what to do about it.

The report concludes that many of the observed changes “are unprecedented over decades or millennia”, with each of the last three decades progressively warmer than any since 1850, and its lead authors called for action to reduce greenhouse gas emissions.

Released yesterday in Stockholm, the report found that both the atmosphere and oceans have warmed, the amount of snow and ice has diminished and global mean sea levels have risen. It found that the combined atmospheric concentrations of carbon dioxide (CO2), methane and nitrous oxide increased to levels unprecedented in at least the last 800,000 years.

UN climate chief Christiana Figueres described the findings of the Intergovernmental Panel on Climate Change (IPCC) as a “clarion call for the global community to accelerate efforts to combat climate change and steer humanity out of the danger zone”.

Further reports on vulnerability and adaptation as well as measures to limit greenhouse gas emissions are due to be released by the IPCC next year. These will be part of its fifth scientific assessment of climate change, which will increase the pressure to find solutions.

Under the UN Framework Convention on Climate Change, governments have agreed to limit the global temperature rise to two degrees Celsius to avoid the worst impacts and to conclude a new “universal climate agreement” before the end of 2015.

US secretary of state John Kerry said the science was clear. “Those who deny the science or choose excuses over action are playing with fire . . . the costs of inaction grow beyond anything that anyone with conscience or common sense should be willing to even contemplate”.

Andrew Steer, president of the Washington-based World Resources Institute, said: “Make no mistake: the underlying science of climate change is settled. The latest IPCC report confirms . . . that climate change is here and it’s advancing even faster than we realised.”

Stop Climate Chaos, a coalition of 28 civil society organisations, warned that Ireland would face “major economic and demographic upheaval” – including an influx of refugees – unless the Government acted now to introduce an ambitious climate change law.

“In advancing this legislation, they must ensure there are clear targets for emissions reductions and provision for a properly independent committee to oversee progress. Otherwise, any new law will only be paying lip-service to tackling climate change.”

Prof John Sweeney of NUI Maynooth said the focus “must now be on ensuring comprehensive government action that averts the worst impacts of climate change. Governments throughout the world must urgently implement plans to reduce [greenhouse gas] emissions.”