Apartments were not built under council’s lofty standards 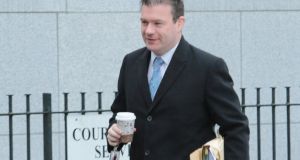 In December 2007, Dublin City Council changed its development plan to increase the minimum size of one-bedroom apartments to 55sq m and restrict apartments with windows on just one side. Almost as soon as it did that it didn’t matter any more.

The change had come midway through a development plan cycle but held for the current plan, which came into being in 2011. By then it was irrelevant whether the minimum size was 55sq m or 555sq m – no one was building apartments.

The huge demand for homes, coupled with the land constraints of the city, means apartment construction is back on the cards and the council, in drafting its new development plan, is under pressure be more construction-friendly.

The State’s Housing Agency has urged the council to revert to the Department of the Environment’s standard of 45sq m for a one-bed and consider the introduction of “studio” size apartments of 40sq m for long-term rental.

Mr Keegan has attempted to find a middle ground between the current standards and the industry’s demands, putting forward to councillors that they allow a small number of 45sq m studios, on restricted terms, and that they increase the number of one-beds allowed.

For some councillors the changes won’t be acceptable. The proposals are for the benefit of “the very people who are responsible for some of the planning disasters we have witnessed from the so called Celtic tiger period,” Cieran Perry (Ind) said. Others, such as Green Party’s Ciarán Cuffe have pointed out that while elements such as the dual-aspect changes are a cause for concern there is still time to change the plan.

The Construction Industry Federation, while welcoming the tenor of the proposals, wants more, and said the council should revert to the national size standards, a call echoed by the Society of Chartered Surveyors Ireland.

Irish Planning Institute president Mary Hughes cautioned against a knee-jerk reaction to the housing crisis. “We have to respond to demands without compromising on standards,” she said.

Similarly Orla Hegarty, course director at the school of architecture in UCD, said: “Policy decisions should be made on the basis of quality, not commercial interests . . . Short-term decisions have implications for the lifetime of the occupants over the next 50-60 years.”