Fire breaks out at Lambert Puppet Theatre in Dublin

Cause of blaze unknown but damage to building described as minor 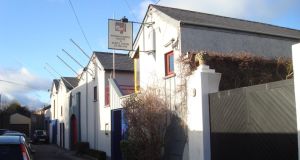 The cause of a fire at the renowned Lambert Puppet Theatre in Dublin is to be investigated.

The blaze broke out just before 9pm on Friday night but due to the quick response of Dublin Fire Brigade, damage to the building was described as minor.

Local witnesses say the scene has been sealed off by gardaí overnight. It is understood a thorough investigation of the site on Saturday will determine the course of any investigation.

The theatre on Clifton Lane in Monkstown was established in 1972 and is famous for its shows.

A local witness said a lot of smoke had come from the building which could have been left “a lot worse” if not for the rapid response of emergency services.

Pubs not to reopen and restrictions to remain on all gatherings, Cabinet decides 18:42
Court approves €35,000 payment to family of infant who died hours after birth 18:36
Former TV presenter dies after car enters water in Co Down 18:02
Ireland needs to move to ‘zero-Covid’ policy to avoid catastrophe, scientists say 17:48
Coronavirus: 45 new cases but no further deaths reported in the State 17:46