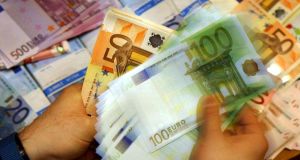 Applicants have to be refused a mortgage by two banks, before they can be considered for a loan from the council, a rule which remains in place despite the changes in the market. Photograph: PA

Housebuyers who took out mortgages with Dublin City Council are now more than €13 million in arrears on their home loans.

The arrears figure has increased by €10 million in the past six years, prompting a senior council official to question whether the council should be dealing with mortgages at all.

The council has repossessed almost 90 houses from borrowers since 2010, almost two-thirds of which were abandoned by their owners.

The local authority said it had become a mortgage provider in response to Government policy of promoting home ownership by assisting people who could not get mortgages from banks.

However, assistant city manger in charge of housing Dick Brady said it was questionable whether the council should be in the “mortgage business”.

Bank rejects
Applicants have to be refused a mortgage by two banks, before they can be considered for a loan from the council, a rule which remains in place despite the changes in the market.

“We as a local authority must examine the reasons for us being in the mortgage business in the first place. It is time that we asked ourselves is this a business that we should be in, having regard to the fact that in order to get a local authority mortgage you have to be refused twice by banks.”

Mr Brady added these were questions that could only be answered by the Government.

The council has 2,709 mortgagees on its books, who owe just under €340 million in borrowings. In 2007, the council collected 92 per cent of what it was owed in housing loans. Up to the end of October this year, it had a collection rate of less than 60 per cent.

The vast bulk of the money, €11 million, is owed by 539 mortgage holders who are more than a year in arrears.

The council offered a range of mortgage products, the most popular of which was the shared ownership loan where the owner was given a low interest loan from the council for part of the property and “rented” the remainder, but would acquire the full property by the end of the loan term.

Just over half the loans are shared ownership (1,412), with annuity loans, which mainly relate to tenant purchase and affordable housing schemes, accounting for most of the remainder at 1,153 loans.

Resolution process
The council said it does operate a mortgage resolution process for borrowers in difficulty. “Unfortunately a number of borrowers have failed to engage with the city council, and policies such as mortgage supports do not function in cases of this nature.”

Repossessions are only sought when every reasonable effort to agree an alternative repayment schedule has been exhausted, the council said. Since 2010, the council has repossessed 85 houses. Almost two-thirds of these were abandoned. In a quarter of cases, the owners were evicted by court order, with the remainder, 13 per cent, agreeing to repossession.