An island caught up in a salmon farm row

Inis Oírr is divided over proposals for a huge salmon farm. Opponents are concerned about possible infestation and damage to angling and tourism 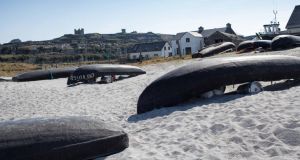 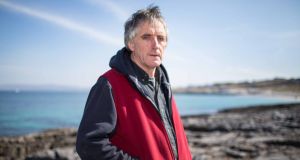 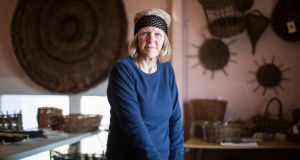 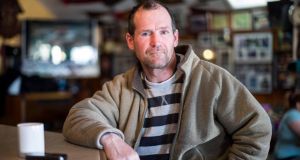 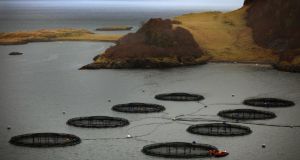 On a sun-filled spring morning on the Aran island of Inis Oírr, dozens of cheerful students disgorge from several Doolin ferries. Some look for bicycles, others wander onto the beach, and more climb aboard a trailer for the Father Ted -inspired tour.

One young man with a map and a north American accent inquires about the whereabouts of Tobar Éinne, the holy well noted for its miracles.

“And it’s a miracle that might be needed here now,” a ferry passenger from Galway quips, as he helps him with directions.

The remark is somewhat lost on the visitor, but not on those who’ve heard much mention of Inis Oírr in recent months. For since it was identified as location for a €60-million, 15,000-tonne “deep sea organic salmon farm”, the island has experienced much heartache.

The 247 Irish-speaking residents on the southernmost outcrop find themselves the focus of a debate over how best to exploit the State’s coastal marine resources – although the rhetoric employed at times seems much narrower than that.

Fish farming is not a new industry, and, in spite of several hiccups, including loss of stock due to disease and escapees, it has provided employment among communities hit by shrinking quota allocations for wild fish.

However, the activity is regarded with as much suspicion in certain quarters as when the first cages arrived in Connemara three decades ago. Farms were then blamed for infecting sea trout and salmon with sea lice.

Anglers, represented by groups such as Galway Bay Against Salmon Cages, are vehemently opposed to what they describe as a “toxic” project initiated by State sea fisheries development agency Bord Iascaigh Mhara. An Taisce has said that taxpayers’ money would be “wasted” on a potential “giant incubation for sea lice” which could infect passing wild salmon.

BIM, which predicts that the farm could provide employment for 500 directly and indirectly in the south Connemara area, has disputed these claims. It has quoted a ten-year Marine Institute study which found infestation of outwardly migrating salmon smolts by sea lice as a “minor component” of overall mortality.

However, another state agency, Inland Fisheries Ireland, has produced a study indicating that 39 per cent of wild salmon mortalities could be attributed to sea lice.

Juvenile Atlantic salmon from the Corrib, Kilcolgan, Owenboliska and Casla catchment systems migrate through Galway Bay in April and May, with adults returning to spawn from February to September. Game angling is an important segment of the west’s economy, and part of a national angling sector which is said to generate €83 million in tourism revenue.

The Inis Oírr co-op, Comhar Caomhán Teo, was as keen as any community body might be to listen to a proposal that might offer an alternative to emigration. A smaller salmon farm was located off the island with limited success in the early 1990s, and several islanders worked this and other aquaculture projects. BIM had enjoyed a close relationship with coastal communities for over half a century.

There were several public meetings; but as opposition began to grow on the mainland, with meetings and a march in Galway, island residents dependent on tourism began to feel uneasy.

Once acquired, the licence would be leased by BIM to a private operator. There have been questions about how much the island would really benefit, given that its pier is dangerous in strong north-easterly winds and is exposed to Atlantic swells.

Planning permission for a 90-metre pier extension and a breakwater was approved in 2007 – just when State funding ran out. Micheál Ó Conghaíle, chair of the pier committee, says the Minister for the Marine, Simon Coveney, who is handling the fish farm licence application, has so far not been willing to meet with his group.

Speaking in a personal capacity, Ó Conghaíle says he does have concerns about some of the claims being made, which are “preventing a reasonable debate” about the fish farm project.

Among the vocal opponents has been Ruairí O Cualáin, a part-time fishermen who says he is concerned about the impact of any chemicals used on the farm on lobster stocks, and is worried about sea lice “biting people on the beach”.

He is also concerned about a negative perception that could deter seasonal visitors. “We had a very small TB scare, and when it was reported, we had people cancelling trips to the island, even though HSE West subsequently said it was the healthiest place,” he says.

Cathleen Ní Chonghaíle, sister of Micheál Ó Conghaíle and the author of a detailed map of placenames, is manager of Cleas Teo, a community business involved in activities ranging from crafts to running the island bus. A keen environmentalist, she says that the EIS study lacks data, and contains “out-of-date research” on bir’1dlife, for instance.

Late last year, the island co-op commissioned the scientists Dr Cillian Roden and Dr Mick O’Connell to assess the EIS. On foot of this, and after much soul searching, it has urged the minister to reject the application, due to the potential impact of the farm on its environment, its Irish language heritage and its related tourism industry.

The community doesn’t have a stake in the project, the co-op says, and it would be at the “mercy of a multinational”. It believes there is a conflict of interest in a minister handling an application from a state body under his own remit.

BIM says it has responded to all submissions, and points out that even if the project is approved, there is recourse by objectors to the Aquaculture License Appeals Board.

It says it has engaged in extensive public consultation, and has received positive feedback from islanders, but acknowledges that supporters may feel constrained about speaking out publicly now. It points out that a “community benefit fund” for Inis Oírr would be central to any negotiations with a potential operator, if approved.

The Minister’s decision is believed to be some weeks away.

One quiet west coast success story has provided the model for BIM’s ambitious plan, which it had drawn up as part of the government’s Food Harvest 2020 strategy.

When Queen Elizabeth II visited Ireland two years ago, organic salmon reared off Clare Island in Co Mayo was served as a starter at the State banquet in Dublin Castle.

Multinational company Marine Harvest acquired the Clew Bay farm in 2004, some 19 years after the concept was introduced by Clare island resident Dr Peter Gill. At the time, the island population of around 150 was dependent on income from sheep farming, some tourism and fishing. The project wasn’t without its setbacks, but it provided employment, and the island’s population has risen by 28 per cent between the 2006 and 2011 censuses, with up to 10 nationalities now calling it home.

Dr Gill says the farm has been “the single most significant motor for communal regeneration that has ever occurred on an offshore island”.

While Norway and Scotland have been clear European leaders in farmed salmon production, the Clare island project has pioneered a niche market for Irish organically-reared farmed fish, and produces about 4,000 tonnes annually. BIM believes this window is an opportunity Ireland should develop on the global market where there is an “inexorable” rise in demand for seafood.

Though it boasts low stocking density on an exposed site, the Clare island farm was recently hit with amoebic gill disease, a naturally occurring infection which has also affected farms in Norway and Scotland.

Dr Gill says that he would prefer if the Clare Island community held the licence, though it does still retain a share, and he would also prefer if the owners were not “large and multinational” and using the “organic” brand in smart marketing
ploys.

However, the “life and blood of Clare island is linked to the fish farm,” says Dr Gill , and “anybody who would even try to argue another scenario is a fool.”