An average bad Irish summer, but there’s been far worse 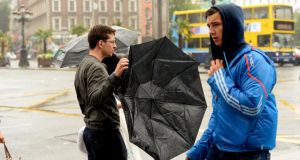 The summer was wetter and colder than normal almost everywhere, but it was not the worst of recent years.

Though it feels like hardly a summer at all, it only ranks 32nd out of the last 50, making it only an average bad Irish summer.

There have been 18 Irish summers worse than it since 1965, according to the Poulter Index, which measures mean temperature, rainfall and sunshine for selected stations.

An above-average June was followed by cold and wet months in July and August.

The coolest conditions (compared to monthly LTAs) were the northwest and midlands in July, while the nearest to normal conditions for the time of year were in parts of Dublin in June.

The warmest summer days were June 30th and July 3rd, with the highest temperature of summer and of the year so far reported in Dublin (at the Phoenix Park) on June 30th, with a less than sweltering 25.6 degrees.

Summer’s highest temperatures, reported mainly in parts of the west, southwest and south, were the lowest in periods ranging from 13 to 28 years (dependent on duration of measurement in various locations).

Shannon Airport’s summer maximum of 22.9 degrees was its lowest since 1980.

Rainfall totals were variable for summer, with the majority of stations reporting above LTA rainfall.

The driest area (compared to monthly LTA) was the Dublin area in June, where monthly LTAs of below 30 per cent were recorded, attributed to dry spells between the 6th and 26th.

The wettest area was in the south during July,where some stations reported around 200 per cent of the normal monthly rainfall.

The number of wet days ranged from 27 at some Dublin stations to 56 at Knock Airport.

The good news for Electric Picnic festival-goers is that Friday will be quite dry, and the weekend as a whole is looking to be dry.

The bad news is that temperatures will not be great, with the highest reaching just 14 to 16 degrees during the day.