Why is there a national obsession with who came up on Leaving Cert English paper 2?

This collective cultural phenomenon - of interest in which poets feature - is even stranger when you realise the marks for the poetry section are surprisingly paltry. 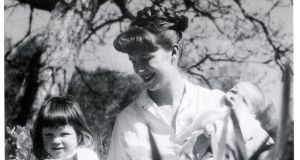 Poet Sylvia Plath: her absence from the English paper in 2012 was ‘a black day for poetry students’.

21st anniversary of Mr WB Yeats going AWOL on my English paper 2. “Tread softly because you tread on my leaving cert” #neverforget

When the Minister for Equality is tweeting about the absence of a poet from an exam that he took more than two decades ago, you know you’re in the middle of a collective cultural phenomenon.

Luckily for the class of 2015, this year’s prescribed poetry section was the nicest in decades according to teachers (Montague and Ní Chuilleanáin both obliged), but mention English paper two to any Irish person over the age of 18 and generally the poets who came up and who didn’t will become part of the conversation.

The mass outrage and grief that ensues when an expected name fails to appear, as happened when Sylvia Plath went astray in 2012, is by any standards, extraordinary. The headline in this paper referred to that time as a “Black day for poetry students.”

That poets and whether or not they featured in an exam can be the stuff of Irish headlines is extraordinary. The level of media interest in terminal exams appears to be an almost exclusively Irish phenomenon.

Indeed, the recent report on predictability in the Leaving Cert commissioned by the State Examinations Commission said: “The high level of interest in examinations in the media in Ireland is noteworthy in itself, outstripping coverage in other settings, with the possible exceptions of New York and Egypt. ”

While the media gets the blame for hyping the exams a lot of the time, the media is market-led. There is demand for coverage; newspapers and television meet the demand. They may wring every drop of drama out of the process, but they’re not creating the issue.

The main issue is of course that the Leaving Cert is the only route of entry to college for most of the students sitting it. As stakes go, those are incredibly high. Until that changes, the hype and the fascination will persist.

Students are presented with eight poets and advised to study six, which is a pretty tall order, according to Evelyn O’Connor, teacher and founder of leavingcertenglish.net.

“There’s a lot to studying a poet,” she says. “There’s a lot of decoding of language, comparing, contrasting, finding of meaning, making connections with other poets and their work.

“The amount of time that you need to spend on poetry is completely disproportionate. It has its own book.”

Perhaps with such a large course, the risk is a calculated one. Do you study six poets reasonably well or do you study three really well? Choosing the latter option is understandable, but it can backfire. “It can throw them for the entire paper,” O’Connor says.

The obsession with poets is even stranger when you realise that the marks involved in the poetry section are surprisingly paltry: 50 marks out of a possible 400 or 12.5 per cent.

Predictability was also identified as a problem in a report commissioned by the State Examinations Commission in early May, which noted that in media coverage and the wide community there appeared to be “an unwritten understanding in the education culture, and in society more generally, that the examinations will not contain major surprises, as commentators used this as a point of evaluation of the examinations”.

Ultimately it seems to be a systemic problem.

“Ideally, you should be able to assess material as close as possible to the site of learning,” O’Connor says. “A student could have studied a poet in October of fifth year. I would have huge trouble remembering anything about something I learned a year and a half ago.”