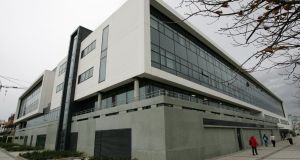 The School of Medicine said it would consider freezing fees for the 2021/2022 academic year. Photograph: Frank Miller

More than 70 per cent of Graduate Entry Medicine (GEM) students in University College, Dublin are withholding fees in protest over further fee increases and disruptions to learning due to the Covid-19 pandemic.

“What’s really frustrating is the feeling UCD aren’t taking us seriously or treating us as grown-ups. There is the sense they just see us as cash cows and a feeling of being taken advantage of that isn’t very nice,” said Colin Smyth, a second-year GEM student at UCD.

Graduate entry students are those who have begun a medical degree having already secured a separate undergraduate degree, such as general science, before sitting the Graduate Medical School Admissions Test (GAMSAT) exams and beginning Medicine as a postgraduate.

A minimum of a second class honours undergraduate degree is required. Although only graduates are eligible, it is equivalent in standard to the undergraduate Medicine degree.

Irish students seeking bank loans to cover the cost of the course’s fees complain that the fees outstrip the maximum available bank loan, capped at €15,000 per annum, from Bank of Ireland.

We’ve no idea where the money is going, or why our fees are going up

“We have to make up the shortfall ourselves somehow, but our earning power is reduced this year with the pandemic. Our usual summer jobs have disappeared and some of us are struggling to make ends meet,” said Mr Smyth.

Class sizes have also increased year-on-year, they complain, up from 100 per class two years ago to 140 students now, resulting in numbers and scheduling difficulties when classes are held in person.

Students are “falling over one another to make a contribution” in virtual Zoom call tutorials, Mr Smyth said. “It’s been extremely difficult and we are in pure survival mode to get through exams.”

“We’ve no idea where the money is going, or why our fees are going up. We don’t know how much our degree will cost by the end. People were already angry, but when you add in coronavirus it’s very frustrating,” he said.

In a meeting last week, students said they were told by Prof Michael Keane and Dr Patrick Felle that the UCD School of Medicine would not change tuition fee policies for the current year, or recommend an indefinite freezing.

However, the School of Medicine said it would consider freezing fees for the 2021/2022 academic year. Students demanded a “comprehensive explanation for the proposed annual increase in tuition fees”, but this was refused.

Supporting a fees freeze, Sean Gray, a second year GEM student from Dublin, has relied on part-time athletic therapy work with GAA teams to help pay his way. With so many games called off this year, he is beginning to struggle.

“Thankfully I had enough money saved to secure a loan, but that doesn’t cover the full fees or any of my other expenses. Looking forward, the money I have saved is not going to see me through for very long,” he said.

UCD Students’ Union president Conor Anderson hopes the protest will prompt “a major change” by UCD. The problems facing GEM students are shared by students in other disciplines, he said.

“We are frankly tired of the costs of running the university being placed on students. Now, with Covid, the unfairness has been fully unmasked and UCD has shown itself willing to gamble with student welfare for financial gain,” Mr Anderson said.

The School of Medicine was contacted for comment by The Irish Times, but did not respond.