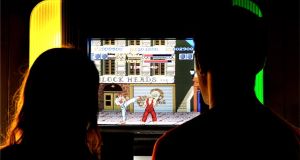 British students sitting the GCSE exams, the equivalent of our Junior Certificate, were found to drop an average of two grades as a result of an extra hour of screen time, according to research from the University of Cambridge.

The study was designed to establish relationships between physical activity, sedentary behaviours and academic achievement.

The results are published on Friday morning in the open access International Journal of Behavioural Nutrition and Physical Activity.

The researchers assembled 845 pupils from secondary schools in the UK, measuring their activity levels at the age of 14.5.

They then compared this with their performance in the GCSE exams the following year.

They used sensors to provide an objective estimate of activity levels.

They found that average on-screen time was four hours.

Adding an extra hour per day was associated with 9.3 fewer GCSE points, which is about equal to two grades.

If the average viewing time increases by two hours, then average points lost reaches about 18.

Perhaps predictably, the researchers found that pupils who did an extra hour of daily homework and reading performed better than their peers.

In general, researchers found that the level of physical activity had no effect on academic performance.

However, University of Oxford psychologist Dr Andrew Przybylski took issue with the interpretation of the results.

An experimental psychologist in the university’s Internet Institute, he said it would be “inadvisable” to take this as evidence that screen time had an effect on academic performance.

Dr Przybylski said that the research represented “very modest correlational evidence” that there was a link between test scores and screen time.