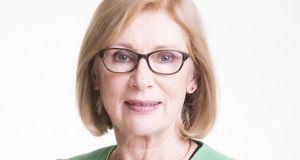 Jan O’Sullivan: “inappropriate for her to engage while a new government is being formed”

Schools may face widespread industrial action next autumn if teachers with the Teachers Union of Ireland (TUI) propose next month to stop working additional hours agreed under the Croke Park deal.

The 14,500-strong TUI is due to debate motions at its annual convention in late March that place the union on a collision course with the Government over pay and productivity reforms.

Under the Croke Park deal agreed in 2010, teachers are obliged to work an extra 33 hours a year and to carry out 43 hours of supervision and substitution duties.

At its convention this Easter, seven branches will propose a motion urging the TUI to ensure that extra working hours agreed under Croke Park will be ended.

Teachers could lose out on pay rises as they move up the pay scale until July 2018. These can range from several hundred euro to more than €2,000, depending on where an employee is on the scale.

The planned payment of nearly €1,600 to each teacher for supervision and substitution duties could also be affected if the union is considered to be in breach of the agreement. These payments are due to be introduced from September.

The ASTI, which represents 18,000 second-level teachers, is also due to vote on a similar motion directing teachers to cease working the additional hours.

If it is accepted, there is a risk of widespread industrial action. Last year, the ASTI’s then general secretary, Pat King, warned his executive in a confidential memo that refusal to work the extra hours could result in a “full blown dispute” and school closures linked to “strikes or a lockout”.

The outgoing Minister for Education Jan O’Sullivan, however, will not attend any of the teachers’ conferences.

A spokesman for the Labour Party said: “Given the outcome of the election, Minister O’Sullivan is of the view that it would be inappropriate for her to engage on such a basis while a new government is being formed.”

Another motion proposed by the TUI demands that the Government repeals all financial emergency measures.

It further demands that any future attempt by government to impose unilateral changes to the pay and working conditions of members be vigorously opposed.

The TUI’s conference takes place against the backdrop of a strong mandate for industrial action – including strike action – over issues affecting teachers and lecturers.

At second-level and in further education, the precarious employment status facing recent entrants to the profession is a key issue. At third-level, the mandate relates to underfunding and understaffing of institutes of technology.