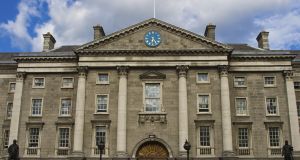 The payment to Clarion Consulting to manage an overhaul of administrative and support services was the single biggest expense by any university on external consultants in the three-year period from 2012/13 to 2014/15.

The data obtained by The Irish Times shows NUI Galway spent €68,898 on HR consultancy companies from September 2014 to June 2015 in the wake of a gender-discrimination controversy at the institution.

The firm has been acting on behalf of the university in challenging allegations by two staff members of irregular expenses payments by UL to senior management. The issue first surfaced in 2012 and is now being investigated by the Higher Education Authority (HEA).

The State’s seven universities said they spent a total of €24,667,441 on external consultants in the three-year period covered by the FoI request.

Each used different accounting methods, with UCD taking the narrowest definition of an external consultant as a contractor in receipt of “discretionary expenditure”. As a result, it had the lowest spend at €185,914.

Three universities – UCC, DCU and UCD – excluded legal, architectural and auditing costs from their figures as they regarded these as core services.

A further qualification is that the 2014/15 figures for the universities cover only the first nine months of that academic year, and eight months in the case of TCD and Maynooth University. The total figure for the three years will be higher once end-of-year accounts are completed.

While TCD and Maynooth University were able to provide figures within weeks, it took almost four months for UCC and DCU to issue data.

A number of universities said they did not normally itemise consultancy spending separately, and this explained the delay in satisfying the FoI request.

Among the other items of spending disclosed are:

€2,139,049 paid by TCD to Deloitte & Touche over the three years to implement new financial and student information systems;

€330,808 paid by Maynooth University to Gibney Communications for PR consultancy in the three-year period;

€32,600 paid by UCD to Knowledge Partnership UK in 2014 for “reputational positioning for institutional success”;

€10,993 paid by UCC for “leadership training” over the three years.

A spokesman for the HEA said it had no objection to universities employing external consultants so long as this could be defended in terms of value for money.