Third-level funding ‘ducked and dodged’ for too long, says Harris 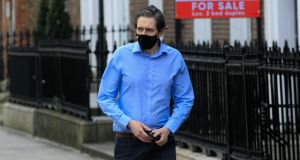 Minister of Further and Higher Education Simon Harris: ‘You can have all the lofty ambitions and plans you want but to make them a reality we need to properly fund third-level education.’ File photograph: Gareth Chaney/Collins

The issue of third-level funding has been “ducked and dodged for far too long”, Minister for Further and Higher Education Simon Harris has said.

With a final report on the future funding of the sector due within the next few months, Mr Harris said that he “didn’t intend to be dusting it or seeking a shelf to stick it on. I intend to act on it with Government colleagues and to engage with our stakeholders. You can have all the lofty ambitions and plans you want but to make them a reality we need to properly fund third-level education.”

Mr Harris said that the days of further and higher education being “the poor relation” overlooked were over and, with a dedicated department, it no longer needed to compete with primary and secondary education.

Pointing to a dedicated fund of €168 million for Covid-19 which helped the sector respond to the pandemic, as well as other measures such as the student support payment, the doubling of the student assistance fund, Mr Harris said that these cannot become simply temporary pandemic responses but should be ongoing supports.

Mr Harris said he would work with the unions to chart a safe way for further and higher education institutions to safely reopen for on-site attendance, including a number of rapid Covid-19 testing pilots.

“This should never risk the health of staff or students but recognise that from a mental health and wellbeing, [there is] a shared desire to move to a much better place,” he said.

The Minister said that there was a need for a fully integrated third-level sector in the State. “People have been pointing this out for decades but it remains undone. This means we have yet to reach our full potential. It has allowed a points race to get out of control and placed appalling levels of pressure and stress on young people in our country.

“It has allowed an almost elitist mindset to emerge, which defines success in some people’s mind on where you went to college rather on what you want to do in life and how best to get to that point. It has failed to recognise the brilliance of further education and training and how this should not just been a fall back option for students but for many should and can be a first choice. It has allowed skills shortages in key areas to develop.”

Mr Harris said that he wanted to see increased investment and expansion of the technological universities which have formed from merging institutes of technology.

Responding to Mr Harris’s speech, TUI president Martin Marjoram said that teachers and lecturers were carrying the burden of “decades of underinvestment”. He said that the TUI was not adequately consulted on the additional Covid-19 funding and how it was allocated.

“TUI members already faced huge workloads before Covid-19, some of which was purely bureaucratic, and measures need to be taken to hire extra staff to relieve that burden,” said Mr Marjoram.