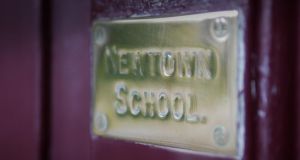 Founded in 1798, Newtown School is the only secondary school in the Republic run by the Religious Society of Friends (Quakers), although Drogheda Grammar School is run under a Quaker ethos, along with primary schools in Waterford and Rathgar, Dublin. 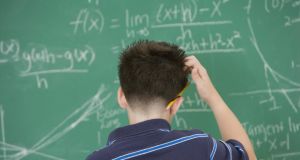 While there will be no fees payable for standard tuition from 9am-4pm from next September at Newtown School in Waterford, it will continue to offer a paid programme of extra-curricular activities as well as boarding, albeit on reduced rates. Photograph: Getty Images/Blend Images

One of the country’s oldest secondary schools, Newtown School in Waterford, has become the latest minority faith school to enter the Free Education scheme.

One of only a handful of Quaker schools in Ireland, it says the decision was motivated by a combination of financial pressures and a desire to become “more accessible”, in line with its ethos.

Numbers had dropped at the the co-educational, boarding and day school from 350 five years ago to 283 today.

School principal Keith Lemon said parents were finding it more difficult to afford fees, while the cuts in the pupil-teacher ratios had a “knock-on effect”.

Mr Lemon admitted the decision to enter the scheme would restrict its financial independence but, on the plus side, the school would have access to Department of Education building grants and other funding streams. He noted that in discussions with the department “they realise our importance where they are looking for diversity”.

While there will be no fees payable for standard tuition from 9am-4pm from next September, the school will continue to offer a paid programme of extra-curricular activities as well as boarding, albeit on reduced rates. Seven-day boarding fees are coming down from €13,200 in the current year to €9,750 for 2014-15.

Mr Lemon said a number of parents had withdrawn their children from the school due to financial pressures on households, and the school felt “it’s not fair to put them into debt”.

Nigel Pim, a member of the local Quaker community and a parent at the school, said the development further enhanced the Quaker ethos of access and inclusivity in education.

“We’re looking forward to welcoming more students to Newtown School. Our school shares a way of life rather than a set of beliefs, and it is ideal for students. We believe that ‘there is that of God in everyone’. We recognise no barriers of colour, class or gender. Honesty, integrity, simplicity, equality and peace are central to the way we conduct our lives,” he said.

“We want more people to experience the education in the Quaker tradition and to share in the ethos of our school.”

Founded in 1798, Newtown School is the only secondary school in the Republic run by the Religious Society of Friends (Quakers), although Drogheda Grammar School is run under a Quaker ethos, along with primary schools in Waterford and Rathgar, Dublin.