Despite teacher shortage, 10-year strategy aims to boost learning of languages at school 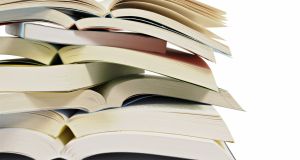 An ambitious Government strategy aims to dramatically increase the number of students taking two foreign languages in the State exams despite an acute shortage of qualified teachers for these subjects.

The 10-year foreign language strategy seeks to prepare Ireland for Brexit through a series of steps such as potential bonus Central Applications Office (CAO) points for studying foreign languages, boosting the availability of languages in schools and the introduction of Chinese to the curriculum.

However, a survey of voluntary secondary schools – seen by The Irish Times – shows the top-five most urgent shortages of teachers by subject area include French and German.

The relatively low number of language graduates in teacher-training courses is also unlikely to satisfy future needs for a number of years.

A spokeswoman for Minister for Education Richard Bruton said he was convinced new policies contained in the strategy will significantly increase the number of foreign language teachers.

These measures include the possibility of financial incentives to encourage language students to undertake postgraduate teacher-training courses, along with upskilling opportunities for teachers who may be qualified to teach a language but have not yet had the opportunity to do so.

Although most Irish students study foreign languages in school, surveys show we lag behind our European counterparts.

For example, about 20 per cent of Irish adults know one foreign language, compared with the European average of 35 per cent.

In addition, French dominates the education system and accounts for more than half of language sits in the Leaving Cert, compared to German (13 per cent), Spanish (11 per cent cent) and Italian (1 per cent).

In a statement, Mr Bruton said Brexit meant learning a foreign language was “no longer a luxury for some but a necessity for most”.

Measures being planned to help change this include:

- Exploring the potential for introducing bonus points at Leaving Cert for studying foreign languages in cases where students apply for higher education courses in language-related areas;

- Increasing the number of secondary schools offering two or more foreign languages by 25 per cent;

- Increasing the number of students sitting two languages at Junior Cert and Leaving Cert by 25 per cent;

- Providing extra resources – or “concessionary hours” – to schools to incentivise them to offer additional foreign languages; and

- Developing a new mobile pool of teachers for minority languages – such as Japanese, Russian, Italian – who could travel to different schools.

Concerns about the quality of foreign language tuition have been expressed by employers and in submissions to the new language strategy.

It also seeks to harness the language potential of the 13 per cent of our population who speak a language other than English or Irish at home.

New models of delivering language teaching, such as shared classes and blended learning, will be aimed at allow students who are part of small immigrant communities to develop their heritage language skills.

Curricular specifications will also be introduced for “heritage speakers” for Polish, Lithuanian and Portuguese.

Employers will also have a say in new languages to be added by identifying key “trade languages”.

“Language champions” from business and other sectors will be appointed to demonstrate the opportunities available for graduates with foreign language skills.

At primary level, consideration will be given to including foreign languages in senior classes as part of a review of the primary curriculum.

The potential of teaching some subjects exclusively through a foreign language at primary level will also be explored.