Philosophers must oppose arrogance of scientism 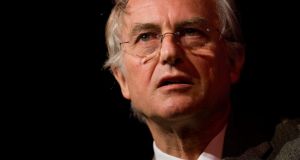 Richard Dawkins: according to him, belief in God is childishly unreasonable. Photograph: David Levenson/Getty Images

The modern world runs on science-based technology, and nobody seriously disputes the importance of science.

This importance has tempted many eminent scientists to adopt a dismissive attitude called “scientism” towards other disciplines. Scientism applies science to address questions in areas where science has no competence. But scientism is simply wrong, and might have disastrous consequences for science if allowed to develop. Philosophy has an important role in identifying areas where science has competence, but, by and large, philosophers are not confronting scientism.

Scientism comes in stronger and weaker forms. The robust form claims that science is the only valid way of seeking knowledge. The weaker doesn’t go that far, but it inappropriately applies science to a wide range of questions.

The strong form is a ridiculous claim espoused by few scientists. One scientist who does espouse it is biologist Richard Lewontin, who has said: “In order to properly understand the universe, people should reject irrational and supernatural explanations of the world and accept a social and intellectual apparatus, science, as the only begetter of truth.” (New York Review of Books, 1997.)

The weaker form is frequently directed against religion by prominent scientists. In a BBC2 Newsnight TV programme in 2009, Richard Dawkins made the ignorant statement: “God has the same status as fairies.” In other words, according to Dawkins, belief in God is childishly unreasonable. But Dawkins doesn’t enlighten us as to what aspects of the fairy philosophy of life rival the mature philosophy of Christianity. It is, of course, reasonable to be a Christian – anybody who doubts that should read, for example, the books written by the mathematical physicist and Anglican theologian John Polkinghorne, such as Quarks, Chaos and Christianity.

I think the extreme stance of Dawkins and others against religion stems from the fact that these scientists are fundamentalist materialists. Materialism is the philosophical belief that nothing exists except the material: that is, matter and energy. Therefore the supernatural doesn’t exist and religion is nonsense. However, materialism is a philosophy that has not – and probably cannot – be proved.

Materialism and science
Science studies the natural world. It is materialistic in its method but not in its philosophy. Science does not deny the supernatural, it simply has nothing to say about it. Science and religion address different aspects of reality and do not contradict each other, as noted by the eminent science writer Stephen J Gould in his book Rocks of Ages. It is not necessary to be a materialist to be a scientist. Most of the great scientists in history were Christians and, today, about 40 per cent of scientists believe in a personal God.

It is reasonable to be a materialist. But, since materialism is unproven, materialists must accept that, no matter how improbable it seems to them, there is a possibility they might be wrong and a supernatural dimension might exist. Materialists are therefore obliged to respect the position of religious people who believe in the supernatural but accept all that science has and will discover. Of course, religious people have an equivalent obligation towards materialists.

Those who espouse scientism are scathing not only of religion but of philosophy in general. For example, the eminent chemist Peter Atkins says in his article Science as Truth (History of the Human Sciences, 1995): “I consider it to be a defensible proposition that no philosopher has helped to elucidate nature; philosophy is but the refinement of hindrance.” And Stephen Hawking, in his book The Grand Design (2010), says: “We wonder, we seek answers: What is the nature of reality? Where did all this come from? Did the universe need a creator? Traditionally, these are questions for philosophy, but philosophy is dead. Philosophers have not kept up with modern developments in science”. One would imagine that such comments would cause a storm of public protest from philosophers, but no such storm has arisen. Why not?

Throughout the 20th century, philosophers have been content to politely applaud science from the sidelines. Science now thanks philosophy by declaring it dead. One very important function of philosophy is to identify scientific questions. This is important in order to keep science from going off the rails. Philosophy is not doing its job.

William Reville is an emeritus professor of biochemistry at UCC. understandingscience.ucc.ie