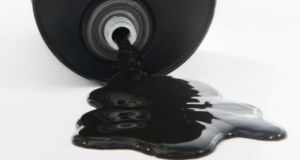 Question 8, referring to an oil slick, was the most novel on the paper 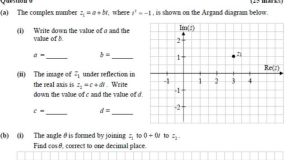 Teachers and students have reacted with fury and upset to this year’s ordinary level maths paper, while those taking the higher level paper were generally delighted with the exam.

Students took to Twitter to express their near-universal disappointment at the ordinary level maths exam.

“Reaction was not positive,” said John Brennan, a teacher at the Ballinteer Institute and at projectmaths.com. “The format was different than expected, and the weaker children would have struggled.”

“There are too many taking honours maths,” he said. “If the paper is too strict, the failure rate would be massive. This would be politically unacceptable.”

This year, the number of students taking higher maths reached an all-time high, with 18,161 students registered to sit the paper. Around 33,000 took the ordinary level exam.

Aidan Roantree, a maths teacher at the Institute of Education, was concerned that the standard required for higher level maths has fallen, and suggested a comparison of papers from 2009 and 2015 would show this.

Roantree said while the new Project Maths syllabus, which focuses on real-life applications of maths, has moved away from an emphasis on rote learning, it has “inevitably” meant the paper is less challenging. This may have implications for students entering third-level courses which require advanced maths skills.

“Overall, the higher level paper was very manageable, with few challenging areas,” said Roantree. “This continues the trend of the last couple of years, where the papers have become more and more accessible to the large number of extra students doing higher level.”

He said questions on sequences and series would be “very familiar” while a question on algebra was “no harder than students would expect. Question 8, referring to an oil slick, was the most novel on the paper.”

Brennan said that, increasingly, it is the “weakest of the weak” who are taking ordinary level maths. “There is no spark of life in the ordinary classes. The ordinary paper should be very doable. But it’s now the higher level paper which is doable for anyone who sits it.”

Eamonn Toland of TheMathsTutor.ie agreed the ordinary level paper seemed “quite challenging”, with some questions presented in an unfamiliar way.

“For example, question 3(c) was a relatively straightforward factorisation question, but it was not presented in that way, so some students may have missed that.”

“Question 6, on complex numbers, was an utter write-off,” said Brennan.

Irish Times Leaving Cert diarist Keith Coffey, a student at Adamstown Community College, said none of his classmates were happy with the ordinary level maths paper. Many left the exam hall in tears. Students should not be too worried, however, as the marking scheme is usually adjusted to reflect the level of difficulty involved.