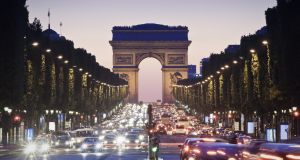 The higher level paper followed a trend of linking in material that students will have learned for the oral exam with material on the written exam. Photo: iStock

The Leaving Cert French paper was low on practical and relevant content that would prepare a student for life or work in a French-speaking country, according to teachers.

Some were also critical that a number of questions on the higher paper required a level of economic and current affairs knowledge that were particularly challenging.

Natasha Lynch, director of EssentialFrench.ie, said her students were all fairly happy with the comprehension questions although they thought the choice of topics was somewhat unusual.

“Students were asked about Brexit and its consequences for Ireland, but this was more of an economic and political question than a French question, requiring them to understand border controls, imports and exports,” said Ms Lynch. “They had the option of a question on tourism which they would have been well prepared for, or else writing about a story about a funny incident in school which would have been tough under pressure.

“There were very specific questions on how women in sport do not get enough media coverage and another on online shopping, and there is no way students would have been prepared for this.”

Elizabeth Hayes-Lynn, director of FrenchNotes.ie, author of French textbook Bonne Chance and a teacher at CBS Sexton Street in Limerick, said that in spite of the very specific topics, many of the questions were very manageable.

“Students may have been surprised by how easy the grammar question was on the comprehension about tourism.

“On a question about a student acting the maggot, some of the grammar was very easy – so much so that some students may have been caught out if they hadn’t prepared for the most basic and simple questions.”

The higher-level paper followed a trend that has emerged in recent years of linking material that students will have learned for the oral exam with material on the written exam.

“This highlights the need to focus on the oral component in schools,” said Ms Hayes-Lynn. Ms Lynch agreed and said marks allocated to the oral should rise from 25 to 40 per cent, as they have done for Irish. She added that the syllabus effectively forces students to learn off 20 opinion pieces whereas it should be preparing them to really use and engage with the language.

Questions on the generation gap and career choices were generally well-received.

The listening comprehension was well received by students around the country, said Ms Lynch.

The ordinary level paper was “a dream”, said Ms Hayes-Lynn. “It had four reading pieces which covered star signs, part-time jobs and an interview with a rugby player.

The only one which was challenging was about a student arriving from England to learn French. The rest was very doable.”

However, Ms Lynch said the ordinary-level paper was straightforward even if the comprehension questions was a little boring and unoriginal.