Learning through failure: Can we teach children to be smarter?

Nurturing a ‘growth mindset’ in the classroom, where effort and persistence are valued, has dramatic effects. Children adapt better to challenges, seek strategies to improve performance and show higher attainment levels 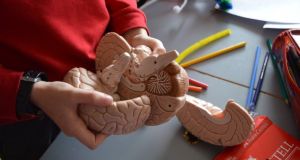 One of the best aspects of being a teacher is that I have never stopped learning. Last year I had the opportunity to put a theory of learning to the test in real life. It affected me profoundly and transformed my approach to teaching.

My school took part in a study to investigate the growth mindset concept, a theory first posited by psychology researcher Carol Dweck, now at Stanford University. Early in her career, Dweck was obsessed with understanding how people cope with failure. She observed a group of primary school children as they tackled a set of increasingly complex puzzles and uncovered something she never expected: some children appeared to instinctively know that through trial and error, with grit and perseverance, the skills to complete the puzzles could be successfully developed.

“That’s what they were doing – getting smarter,” she recalled. “Not only weren’t they discouraged by failure, they didn’t even think they were failing. They thought they were learning.”

Research shows pupils with a growth mindset respond more adaptively to a range of challenges: they pay more attention to their mistakes; they seek out information and strategies to help improve their performance; they attribute poor performance to factors within their control; they present with higher attainment levels. In other words, they are highly effective learners.

Dweck’s growth mindset theory has been tested in multiple research studies internationally, but not in Ireland. In September 2014 Peter Fitzgerald, a psychology undergraduate at Dublin Business School, approached James Tobin, the principal of our school, Holy Trinity in Leopardstown, Co Dublin, about implementing a growth mindset study in the school. Tobin was intrigued by the proposal, which fitted his vision for Holy Trinity as an environment with the highest standards of teaching and learning in line with best international practice.

As teachers, Tobin encourages us to explore innovative and progressive pedagogical approaches, including team teaching, whole-school literacy and numeracy programmes, gifted and talented education, meta-cognition and pupil self-assessment. We agreed Fitzgerald’s study could further develop our professional competence as well as enhancing the learning experience of our pupils.

As we saw it, the study had two main aims: to determine whether pupil mindsets could be changed from fixed to growth; and to see whether moving to a growth mindset could raise academic achievement. It was based on sound psychological principles, in particular the ability of small incremental changes to achieve lasting impact on academic outcomes.

After an information night with parents, we kicked off the study at the end of September with the children of 5th and 6th class. Fitzgerald did a day-long age-appropriate workshop on the process of learning on a neurological level: the physical changes in the brain when a new skill is mastered or new knowledge is acquired. Neuroscientists call this “neuroplasticity” and it refers to the formation of neural pathways in the brain in response to new learnings. He also explored failure, giving pupils numerous examples of famous individuals from sport, entertainment, science and politics who reached the highest level through sheer determination in the face of repeated failures and setbacks.

Fitzgerald did an induction session with 6th class teacher Gillian Asple and me. We focused on praise, and how to deal with mistakes. All teachers hope to motivate their pupils by praising them but some may not be aware of the concept of “wise feedback”. For instance, we learned about the impact of praising ability over effort.

He pointed out that praising a child for a particular talent causes that child to infer he/she is valued for that talent and so must avoid any activity that may challenge that value. This fear of failure can, in some cases, become paralysing, making a child highly risk-averse. On the other hand, a child who is praised for industry infers he/she is valued for the effort expended and is not afraid to try and fail.

In the classroom, we didn’t change either content or teaching methodologies. In fact, we were surprised at how simple it was to incorporate growth mindset principles into day-to-day teaching and at how receptive the children were to this new way of learning.

We regularly reinforced the learning points of the initial workshop as opportunities arose: mistakes are good; they create growth and learning; neural pathways are forming every day; they can be strengthened through hard work; work may be hard but it is also fun.

Within two weeks, we began to see subtle changes in behaviour. For instance, shortly after starting, I offered my 5th class pupils the choice of a “normal” maths test or a more challenging maths test. I assured them that while they might not perform as well in the more difficult test, it would be a chance to grow and learn. Out of 30 pupils, 28 chose the more difficult test.

For the research it was important to see if attitudinal changes could improve academic attainment. We set children a standardised maths test at the outset of the study and again after 12 weeks. Results showed the average score in the experimental group increased by 13 per cent compared to a 1 per cent increase in the control group.

This is significant, given the limited timeline. Completion rates (where an attempt was made to complete every question) escalated from 50 per cent pre-intervention to 78 per cent post-intervention, indicating a higher level of perseverance.

As impressive as these results are, we all agreed the most pointed, and arguably the most important, impact of the growth mindset was the change in children’s attitudes. We encouraged pupils to keep a daily mindset journal to record events they felt led to their own growth or extended their learning. The effect was that they were constantly on the lookout for incidents to record and this kept the idea of a growth mindset to the fore. They became keenly aware of their thinking and their learning.

One child wrote: “In maths we were learning about polygons. I really am finding maths super fun after the mindset talk. I don’t know what it is about this mindset thing but I hope more schools get this because it does improve your mind a lot!”

Over the 12 weeks, we noted a marked upsurge in persistence in problem-solving or tackling challenging tasks, higher motivation levels – particularly after disappointment – in personal performance, improved engagement with learning and a general heightening of enthusiasm in the classroom. This was supported by statistical research showing a 15 per cent increase in growth mindset, measured by a psychological mindset assessment.

Challenges and opportunities are part of life. What defines us is how we respond to them. This study suggests nurturing a growth mindset is one way to influence a child’s thought process and ability to deal with trials and adversity, at school and in life.

At the end of the year I presented to my colleagues in Holy Trinity on the growth mindset, the study in our school, and the implications for our work in the future. The experience has been wholly positive: while I naturally took pride in the work of our teachers and the success of the project, the concept of a growth mindset was also inspiring in its optimism for our children.

This year, we are extending the growth mindset intervention throughout the school and elsewhere as part of a PhD study under the guidance of Dr Conor Mc Guckin of the School of Education, Trinity College, Dublin.

“Nothing in the world can take the place of persistence. Talent will not; nothing is more common than unsuccessful men with talent. Genius will not; the world is full of educated derelicts. Persistence and determination alone are omnipotent. The phrase ‘press on’ has solved and will always solve the problems of the human race.”

Martina Fitzgerald is a 5th class teacher at Holy Trinity National School, Leopardstown, Co Dublin. She is conducting part-time PhD research into implementing the growth mindset in primary schools. Peter Fitzgerald, her husband, is a psychology graduate with a passion for applying psychological research in education.

Nurturing a growth mindset . . . for parents and teachers