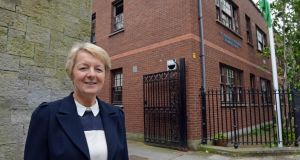 The 450-year-old St Patrick’s Cathedral Grammar School in Dublin has become the latest Church of Ireland school to scrap fees and join the free education scheme.

It is the third minority faith school to abandon “private” status in recent months as education cuts continue to bite.

Dating from 1547, the grammar school is located next to the Choir School – commonly regarded as Ireland’s oldest school having being founded in 1432 for the education of choirboys at St Patrick’s Cathedral.

Parents at the grammar school were told this week that it would be unable to survive financially if it didn’t join the free scheme this September.

Principal Sylvia Hick said: “Since the recent economic downturn, it is clear to us that some families are turning down offers of a place in the school because they cannot afford it.

“Our transition into the free education scheme now offers diversity of choice to those parents.”

The secondary school will continue to operate on a voluntary basis under the patronage of the Church of Ireland. By entering the free scheme, however, it will be able to access Department of Education building grants and additional funding for salaries.

“Some of our schools are on a knife-edge now,” she said. If the pupil-teacher ratio “goes up one more point more of them will go into the free scheme, and that will end up costing the department more money”.

A traditional dispensation for Protestant schools which allowed them to retain lower pupil-teacher ratios than their Catholic counterparts was abolished by the previous government. It claimed legal advice from the attorney general prohibited such discrimination continuing.

Pupil-teacher ratios have since been increased to 23:1 in fee-paying secondary schools compared to 19:1 in the free education scheme.

Protestant schools say they are disproportionately affected by these changes because they tend to offer a broader curriculum that caters for all abilities and educational backgrounds.

They also tend to attract lower enrolments, which means if the ratio goes up they either have to drop a subject from the curriculum or pay for the extra teacher through private funds.

Ms Petrie said: “What we said would happen has happened. Since PTRs [parent teacher ratios] started to rise our schools are coming under more pressure.” However, she welcomed the fact that St Patrick’s was at least being put on a sustainable financial footing.

Ms Hick described it “as a very positive step forward” for the school and said she was particularly pleased the department had recognised its strong musical tradition by allocating a specific teaching post for music and choral studies. The school – which had charged fees of €3,000 annually – has 122 pupils and there is capacity for roughly another 20.

Other schools to move to the free education scheme include Newtown School in Waterford, the only Quaker secondary school in the Republic; and Protestant schools Wilson’s Hospital School in Co Meath and Kilkenny College.