Killing off the classics: ‘elite’ subjects fall from prominence

Classical studies, Latin and Greek are important but fewer students than ever are learning them. One teachers blames the Leaving Cert, which hasn’t been reviewed since the 1970s 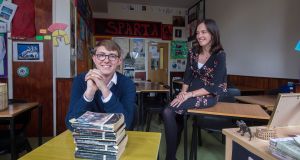 “Ancient Rome is important. To ignore the Romans is not just to turn a blind eye to the distant past. Rome still helps to define the way we understand our world and think ourselves, from high theory to low comedy. After 2,000 years, it continues to underpin western culture and politics, what we write and how we see the world, and our place in it.” – Mary Beard, SPQR: A History of Ancient Rome, 2015

How important are the classics? A very small number of Leaving Cert students sit the classical studies, Latin and ancient Greek exams. Latin, which is largely confined to a handful of fee-paying schools, enjoys one of the highest number of A and honours grades and lowest fail rates.

Advocates for these subjects say the State Examinations Commission and Department of Education are driving them into the ground. So why would any student bother with these minority subjects at all?

Jim O’Dea is a Latin and classical studies teacher at Rathdown school in Glenageary, Co Dublin. This summer he caused a minor stir when he suggested that students considering Leaving Cert Latin would look at the 2016 paper and decide to steer clear.

O’Dea said the paper was unreasonably difficult and likely to cause major confusion, and that “if the SEC is trying to kill off Latin as a Leaving Cert subject, then this was another milestone on the road to extinction”.

Even though only 113 students sat the Latin papers, the story was one of the most read online during the leaving cert exams. And while the number of honours grades in Latin is down in 2016, it is only by 2 per cent; 94 per cent of Latin students still secured an honours grade.

“Latin students must be able to translate and they learn about syntax, grammar and vocabulary, requiring creative, analytical, logical, reflective independent thinking,” says O’Dea. “It tests focus, concentration, attention to detail. Over 60 per cent of English derive from Greek and Latin, with words in the medical, scientific and legal spheres.”

Latin, he adds, is “also foundational to western thought and highly influential in poetry, drama, debate, history, architecture, politics and philosophy. But the true appeal of the all of the classics is in their subject matter, from mythological tales of the cyclops and minotaurs to the fables of Daedalus and Icarus or the history of Hannibal marching his elephants over the Alps.

Until the 1970s, Latin was compulsory for anyone bound for university. But the end of the Latin Mass following the second Vatican conference heralded its requirement and led to Latin’s fall from prominence. The syllabus for classics subjects has not been reviewed since the 1970s, despite a call for change from the Department of Education’s own chief examiner. A review has been promised for next year.

The classics lack clout, states O’Dea. He argues that the a number of second-level humanities subjects, including history, religion and even English have been sidelined by a focus on science, technology and maths. So though they are often seen as elite subjects, they apparently lack the power that comes with elitism.

Teachers say that layout of the Latin exam, with a heavy emphasis on translation, can be off-putting. Meanwhile, a packed school day means that many schools simply shy away from offering classical studies as an option.

O’Dea says 45 per cent of classical studies students get an A or B in the Leaving Cert, which compares favourably to most other subjects. More than 90 per cent of classical studies students sitting the higher level paper, compared with 41 per cent for Irish and 67 for English. So he says the number of high grades will inevitably be lower due to the larger numbers of weaker students sitting the exam.

Delia Donohue teaches classical studies at Stratford College, a fee-paying school in Dublin 6, and she is involved in the Classics Association of Ireland teachers organisation. Her interest in the classics began when she was 12.

“My teacher, Ms Silk, was old school,” Donohue recalls. “She wore a gown in class and started each lesson by saying the Our Father in Latin. She had the most wonderful understanding of Greece and Rome: architecture, myths, stories, history. There is such a breadth to the subject.”

There is no single textbook, so teachers draw on a range of sources, which students like. The syllabus covers Greek drama, epics, the Peloponnesian war, Greek art and architecture, Roman history, Alexander the Great, Greece and Persia, Roman art and architecture and philosophy. It is multidisciplinary and wide-ranging.

Most students in Stratford, which has a classics room, take classical studies. While Latin is generally confined to elite schools, however, classical studies is now being taught in about 60 schools, most of which are not fee-paying.

“It suits a diverse range of students and engages them with art, literature, music, language and politics,” says Donohue.

“It’s driven by critical thinking. We see that Marcus Aurelius was extolling the virtues of mindfulness long before its current popularity, and it’s also an excellent way to understand the architecture of our public spaces, especially Dublin. And new discoveries are still being made after all these years.”

‘It teaches morals and philosophy and how to see the world’

Oscar McHale is a sixth year student in Stratford College. He also studies Latin and ancient Greek in his spare time. “They helps with other languages, especially grammar,” he says. “If you have Latin you can pick up Spanish in half the time.”

“The interest took me by surprise,” he says. “But in classical studies, you can access an ancient world. It teaches morals and philosophy, how to approach problems and see the world.

“From that, it helps students to understand our modern world. It is far from a relic; it is particularly relevant. We should embrace what it can teach us.”