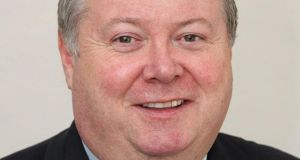 Hibernia College president Dr Seán Rowland has confirmed the college had never been on the list of Catholic Church-approved colleges, which was first published in 2011, but “we have asked to be on it now”.

Private teacher-training college Hibernia has asked Ireland’s Catholic bishops to add it to a list of approved colleges after graduates raised concerns that some Catholic schools may be barring them from employment.

Hibernia president Dr Seán Rowland confirmed it had never been on the list of approved colleges, which was first published in 2011, but “we have asked to be on it now”.

The move comes after a graduate seeking employment posted online a letter from a Catholic employer saying Hibernia’s religious diploma was not recognised by the Irish Episcopal Conference.

“Only teachers with the approved religious qualifications may be considered for any fixed term, substitute or temporary cover,” it read.

Other graduates claimed the same employment barrier was being applied in a second diocese, triggering calls on the college to clarify the status of their qualifications.

Since more than 90 per cent of State-funded primary schools are under Catholic patronage, graduates who fail to meet the church requirement could find their employment options greatly reduced.

Dr Rowland said the college had spoken to representatives of the episcopal conference ahead of its three-day meeting in Maynooth this week.

“I don’t want in any way to pre-empt their decision, but the bottom line is we will do whatever they ask us to do.

“They are bound to make sure we do a good job in religious education; we have a really good programme and we update them every year.”

A spokesman for the bishops said as a policy they did not comment on what was on the agenda for the conference, which concludes on Wednesday.

It ran into controversy in 2012 when Atheist Ireland claimed a number of lecture slides contained “untrue statements” about atheism, prompting the college to remove the material.

Asked why the college had not sought to be added to the church’s approved list before now, Dr Rowland said the issue had only arisen after graduates raised concern about the diocesan letter.

“We are trying to find out what happened there, and are working with the episcopal conference.”

However, one graduate who did not wish to be named said Hibernia “should have been more proactive. We were led to believe we met the requirements of the Catholic Church and now there is a question mark put over us.”

She also expressed concern about the apparent prohibition on substitution, which was a means of getting a “foot in the door” in schools.

Noting that Irish schools in theory had to recognise teaching qualifications from European countries under EU employment directives, she said: “It’s very unfair to prevent someone a few days of subbing because they don’t have a Catholic religious certificate.”

The controversy has highlighted the church’s influence over teacher-training colleges.

A 2011 Teaching Council inspection report into Mary Immaculate College in Limerick, one of the church’s approved training colleges, criticised the authorities for allotting both religious education and Irish four times more instruction time than other subjects such as science and history.