Further education funding to be linked with ‘performance’ 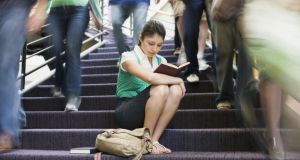 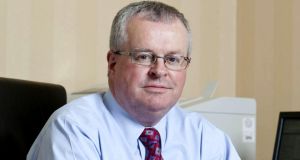 Courses in the further education and training (FET) sector are to be measured against “performance-based outcomes” under a new funding model to be piloted later this year.

Solas, the State agency regulating FET, plans to direct funding “where it’s going to be most effective”.

However, chief executive Paul O’Toole said it wasn’t seeking to create a “sanction and blame” regime.“We would prefer to see that, working with all of the actors in the system, we would collectively embrace this idea of continuous improvement.”

Plans to reform FET have met some criticism from teaching staff in Education and Training Boards.

In an interview with The Irish Times, a year after the publication of Solas’s first strategic plan, Mr O’Toole said it would do “systematic reviews of all the programmes” although he stressed initial impressions were very positive.

“We will be starting with the PLC (Post-Leaving Certificate) sector . . . to see how that investment is being deployed . . . look at its strengths and look at the possibilities for the future.”

Asked about the proposal to introduce courses on a year-round basis rather than according to the academic calendar, Mr O’Toole said “quite a lot” of FET provision was already year-round.

“The bit that isn’t is PLC colleges that grew out of the post-primary system. I think those colleges will look at how flexible they can be.”

He said: “We are not in the IR [industrial relations] space, that is not our job, but we will seek to call it as we see it, and what we would like to see is that the provision – however it is delivered, and by whom and when – recognises that our cohort are adults. We need to just recognise that in how our provision is shaped and delivered.”

Of the new funding model, he said: “We are trying to look at this as a very constructive process, and when you use words like ‘outcomes-based funding’ it automatically engenders fear: ‘They are trying to cut our budget’; that’s not our thinking. What we want to develop ourselves and inculcate in the sector is this notion of continuous improvement.

“We want to direct the funding to where it’s going to be most effective against the objectives of the particular programme, and to be systematic.

“Where programmes are no longer needed, or are not responding to the improvement we are trying to make, yes, we will look at funding but we would prefer to see it that we’re working with all of the actors in the system to make this collectively better.”

He added: “We hope to have the model developed this year, and then we will test it.”

Mr O’Toole, former chief executive of Tourism Ireland, has already overseen some major restructuring of the training sector, having taken the helm of FÁS after Roddy Molloy left.

That agency was wound down in 2013, with its management functions transferring to Solas. About 1,600 staff were redeployed, 750 to the Department of Social Protection and 850 to the Education and Training Boards.

While FÁS’s reputation had been badly damaged by spending scandals, Mr O’Toole said “an awful lot of good people were very hurt by what happened. People who gave a lifetime commitment to their work want to see that through” by supporting the new entity.

Part of the uplift in the economy is reflected in apprenticeship figures. At the height of the boom there were about 29,000 apprentices in Ireland but this dropped to 5,711 in 2013. Numbers crept up to 6,913 last year and 7,442 by the end of April.