Fostered boy was rejected over two years by 28 schools 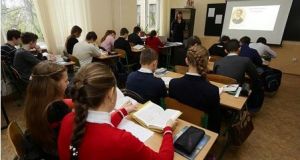 A fostered boy could not secure a school place for two years despite applications to 28 schools. File photograph: Getty Images 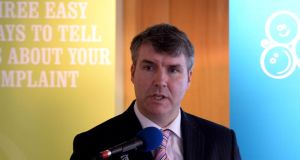 Dr Niall Muldoon, the Ombudsman for Children, says the education system must be agile and flexible to meet the needs of individual children. Photograph: Cyril Byrne

A 13-year-old boy in foster care was unable to find a school place for two years despite applications to 28 schools in surrounding areas, it has emerged.

The case is contained in a special report by the Ombudsman for Children on difficulties young people have in accessing basic education.

The problems are especially prevalent among young people in State care or those with disabilities who run up against inflexible school policies, according to the Ombudsman for Children Dr Niall Muldoon.

“Education can take different forms for different children. It is important that children receive education and supports that meet their needs at different times of their lives,” Dr Muldoon said. “This requires an education system to be agile and flexible in taking a child-centred, individual approach at times in response to specific circumstances.”

In the case of 13-year-old “Ali”, Tusla, the Child and Family Agency, made multiple applications to schools across a wide catchment area after he had been “permanently excluded” from his previous school.

In addition, officials made at least one formal appeal to the Department of Education which was unsuccessful.

The department eventually sanctioned nine hours of home tuition a week for the boy, despite the fact the minimum number of instruction hours per week in post-primary school is 28.

When the Ombudsman investigated, the department argued Tusla could appeal to the schools which rejected his application. However, the standard length of time to complete a single Section 29 appeal is two months and two appeals cannot be entered at the same time.

The department also argued the boy’s social workers could seek to increase the number of home tuition hours, although information on the availability of such an option was not freely available.

“Ali” was ultimately given a school place after spending two years outside the system and was reported to have been progressing well, despite a difficult start.

In another case, Shane, a teenager in residential care, ended up without a school placement or home tuition for a full school year.

He had to spend his time alone studying in a public library without professional education support. As a result, he had to defer his Junior Cert exams.

Overall, the Ombudsman’s office received almost 800 complaints last year regarding education, or 45 per cent of all complaints received.

Dr Muldoon said providing an education structure that works for all has been the key difficulty in the area of education.

“Over the years we have identified particular problems in accessing adequate education supports for children with disabilities and children in care,” he said,

“We have also seen the impact that the actions of schools can have, in determining whether or not students receive the supports they need.”

He said there was a real issue for children in care, particularly those who have recently entered care or who have moved into a new placement.