Criminal probe into concerns over spending of taxpayers’ money 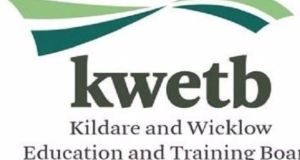 A State-run Education and Training Board is dedicating “significant time and resources” to co-operating with a criminal investigation into spending of taxpayers’ money.

Kildare and Wicklow Education and Training Board (KWETB) will tell the Dáil’s Public Accounts Committee on Thursday that procurement concerns raised in an audit by the Comptroller and Auditor General (C&AG) have been referred to the Garda’ National Economic Crime Bureau.

Its then chief executive Seán Ashe also failed to declare ties to family members with interests in two companies that received contracts from the board, the audit found.

In remarks to be delivered to the committee, the board’s new chief executive Dr Deirdre Keyes will say the organisation is co-operating in full with gardaí.

“What we do is important and it is incumbent on us to take the responsibilities we have been given very seriously to ensure quality of delivery, support and progression for all our learners and importantly, value for money through propriety in our financial matters,” says Dr Keyes’s presentation.

“It is therefore of regret that the reports [C&AG audit and a Department of Education-commissioned investigation] in front of you today point to serious lapses and gaps in terms of our required regulatory, financial and propriety responsibilities.”

She will say while the reports state that there were arrangements to manage procurement and conflicts of interest in place, their findings highlight “serious concerns and shortcomings” in their implementation.

Dr Keyes will add that the board accepts fully the audit findings and is co-operating with the Garda investigation.

She will also assure the committee that the board is building a robust culture of corporate governance, strengthening oversight and internal control.

The secretary general of the Department of Education, Sean O Foghlu, will also tell the committee that the issues which arose in the board are of “very serious concern”.

relation to the use of public resources,” according to Mr O Foghlu’s statement.

On foot of this, the then minister appointed an an independent investigator which signalled that “this was something we considered warranted a serious response from the department”.

While he will seek to be open and transparent on all matters, Mr O Foghlu will say the department must be careful commenting due to the ongoing Garda investigation.