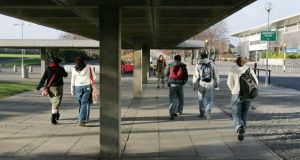 The deadline for student grant applications has been extended until midnight on Monday after the online processing system crashed on Thursday night.

Hundreds of students were prevented from lodging last-minute applications ahead of the midnight deadline when the Susi system went down for up to two hours due to a technical fault.

The Student Universal Support Ireland (Susi) system was established last year to centralise the administration of third-level grants but teething problems initially caused lengthy delays in the processing of applications.

In a statement today, Susi said the system was “temporarily unavailable” between 7pm and 9pm last night due a “system administration fault”.

However, it reassured applicants that no student data had been affected and all applications received to date were secure.

As a result of the difficulties, Susi said the deadline had now been extended until midnight on Monday.

Head of operations, Alan Murphy, said the grants body had received almost 80,000 of the anticipated 90,000 student grant applications for this year, with 15,000 received this week.

“Our online application system opened a month earlier than last year and we have already received twice as many new applications as we had at this time last year.”

“The early receipt of such a high number of applications will allow Susi to manage the flow of its assessment work in the next three months to deliver a more timely and efficient service for students.”

He said students who apply by Monday would receive the same priority as those who applied before the original August 1st deadline.

The Union of Students in Ireland welcomed the decision to further extend the deadline date for new applications, and urged prospective students making applications to do so as soon as they can.

Yesterday, Minister for Education Ruairí Quinn assured students the system would not be plagued by the same problems as last year.

However, Fine Gael Wicklow TD Simon Harris said Susi should have anticipated the surge in applications from students just two weeks ahead of the release of Leaving Cert results.

“It is very disappointing that yet again there has been a glitch in the Susi system, which was caused due to a surge in applications last night. It should not have come as any surprise to the student grant body that there would be a spike in online traffic ahead of the deadline. This should have been anticipated, and adequately planned for,” he said.

“I am glad that the Minister for Education, Ruairí Quinn, has given assurances that lessons have been learned from last year’s disastrous start for Susi, when thousands of students were left waiting for months before their applications were even processed,” Mr Harris said.

Susi is encouraging all students intending to apply for a grant this year to visit its website www.susi.ie to check out their eligibility, then register with Susi and submit their application online.

Potential students do not need to have a college place awarded to make an application. Round one third level places will be made by CAO on August 19th.