Controversial views of Islamic scholar ‘not shared by Muslim community’ 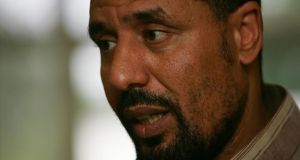 The Islamic Foundation of Ireland and the Islamic Cultural Centre of Ireland said they can “confidently assert” that the opinions of Muslim academic Dr Ali Selim (above) are “neither shared by the IFI, the ICCI nor the majority of participating members in the Islamic community here”. Photograph: Bryan O’Brien

The major Islamic organisations in Ireland have distanced themselves from calls for primary schools to do more to accommodate Muslims.

The Islamic Foundation of Ireland (IFI) and the Islamic Cultural Centre of Ireland (ICCI) said they can “confidently assert” that the opinions of Muslim academic Dr Ali Selim are “neither shared by the IFI, the ICCI nor the majority of participating members in the Islamic community here”.

In a book published this week entitled Islam and Education in Ireland, Dr Selim, a lecturer in the Mater Dei Institute and Trinity College, said there needs to be a “revolution of inclusivity in Irish schools” to accommodate the 20,000 Muslims who are in primary and secondary school. He said many Muslim children have difficulties getting into Catholic schools.

He advocated that Muslim festivals be celebrated and that raffles not be held in schools because it is forbidden in Islam.

He also suggested that Muslims be allowed to opt out of religious and sex education programme in schools.