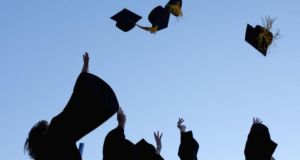 A degree in computing makes you highly employable, and those with postgraduate degrees in computing are even more so. These degrees also increase the likelihood that you will find a job at home soon after graduating, according to statistics released this morning by the Higher Education Authority.

What Do Graduates Do? The Class of 2012 is the latest in a series of studies aimed at determining the first destination of graduates at a point nine months after leaving higher education. The 2012 statistics were gathered in March 2013 and use data from careers offices in the seven universities on behalf of the authority.

This study only includes university graduates and not graduates from institutes of technology or other colleges, said Dr Vivienne Patterson of the authority’s statistics section, who compiled the 2012 report.

The student cohort is split between those with level eight (honours primary degrees) and those with level nine/10 qualifications (master’s degrees and PhDs). As usual the survey includes data on the numbers in employment here and overseas, the numbers seeking work or in further study or training.

Brain drain
Dr Patterson suggested these figures showed the value of a postgraduate degree, given the higher employment rate after graduation. It also countered at least in part the idea that there was a wholesale brain drain of graduates under way, she said.

For the first time the survey includes questions about the relevance of a qualification to the employment gained. Based on discipline studied, questions arise about student satisfaction with course relevance.

The survey also looked at gender differences but there are no

The data is compared across five years so it allows trends to emerge and can also reflect the outturn from policy decisions, she said. Those with computer degrees are a case in point, given the ongoing drive by those setting education and enterprise policy to produce more graduates in the discipline to fill the current jobs abundance .

See the report in full at hea.ie