Are schools standing up against homophobic bullying? 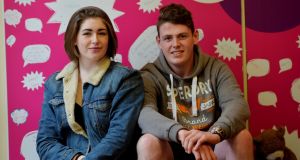 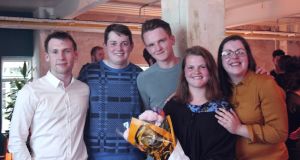 In the past few years there have been major strides in tackling homophobic and transphobic bullying at school. But are we doing enough?

A recent survey of more than 2,000 members of the LGBT community in Ireland found that, despite the marriage referendum, only eight per cent of respondents feel schools are safe places and fully inclusive of gay or transgender students.

The findings are no surprise to Mark O’Sullivan, now 20, who was eight years-old when he first realised that he was attracted to boys.

“I didn’t really accept it until I was 11,” he says. “With other boys, it’s still about who is the most manly; I dressed different, acted different and liked different music.

“By second year, social groups were forming. I had ‘faggot’ written about me on the toilet door. I was beaten up. I was called a wimp. The abuse certainly didn’t encourage me to come out. I remember one class discussion where a student was casually explaining how much he hated gay people. I silently wondered, ‘Is that what people think about me?’”

He confided in teachers about the bullying, but says it was ignored or airbrushed over. In social, personal and health education (SPHE) class, people would crack jokes if the subject of being LGBT was brought up. He started coming out when he was 16.

“People weren’t exactly surprised but it meant a lot to me to be comfortable and able to talk about it. By this stage people had grown up a lot and I had stopped caring as much.”

Studies suggest that at least 29,000 Irish second-level students are LGBT. Most are not out. But homophobic bullying affects all young people. They don’t have to actually be LGBT to be on the receiving end, they just have to be perceived as gay or a little bit outside gender norms.

Three years on, the programme for government is committed to renewing the action plan on bullying and plans are afoot. Most schools do seem to have implemented progressive and proactive anti-bullying policies, at least on paper. The department is funding a number of anti-bullying initiatives at primary and post-primary level, primarily through LGBT youth group BeLonGTo and the Gay and Lesbian Equality Network (Glen).

In recent years, inspectors from the department have been proactively evaluating school bullying policies and procedures, and making recommendations for improvements. This process has also engaged parents and students. As a result, it is becoming more difficult for schools to evade their responsibilities. But there’s little or no effective sanction for schools that do nothing and there’s no national programme.

Ultimately, it’s up to schools to develop their own programme and some – say campaigners – simply act as though LGBT people don’t exist.

This week, around 25 per cent of schools are expected to take part in StandUp, a week of school-based events and campaigns aimed at stamping out homophobic and transphobic bullying.

“We have seen significant and positive change. Teachers are engaging with this and they want to support and welcome young LGBT people. And young people are more supportive of their LGBT classmates and friends than ever before. What is missing is an understanding of the damage bullying can do.”

Leah McCabe is 17 and identifies as pansexual, a word increasingly being used by young people instead of “bisexual”. It means she is attracted to people regardless of their sex or gender identity.

“Before fourth year, the term ‘that’s so gay’ was used as an insult, but now my class are more likely to call someone on it,” she says.

“Sex education is too often tied to religion, so a conservative teacher can promote their own beliefs instead of protecting kids from homophobic bullying. We were just told not to have sex before marriage, and there was no mention of LGBT kids. That said, the school did bring in a speaker from ShoutOut,” (see story below), McCabe says.

Recently, at a friend’s party, Mark O’Sullivan bumped into a former classmate who, back in secondary school, had followed him home one day and hit him.

Jesse Sleator, 17, was assigned female at birth and now identifies as non-binary, preferring the pronouns he or they.

“My gender identity fluctuates,” says Sleator. “Puberty hit early but I felt I was a boy. I was lucky that gender stereotypes were never enforced in my family home so I had a bit of space. At 14, I tried to make myself look like a boy, but I didn’t really understand what was happening.”

The school says Sleator can’t present as masculine, requiring that the girls’ version of the uniform must be worn. Some classmates have been supportive; others actively negative.

How the ‘ShoutOut’ volunteer group is changing attitudes among schoolchildren

Across Ireland, thousands of children spend their adolescence hiding who they are. All the while, whether through casual jokes or outright hatred, they hear how LGBT people are defective or lesser. It is hugely damaging to their mental health, not to mention their academic success.

Back in 2012, a group of young people who had just this experience in school got together and wondered how it could have been different. From those conversations, a volunteer-led organisation called ShoutOut, which delivers workshops on homophobic and transphobic bullying to schools on the island of Ireland, was born. Almost all of the volunteers are LGBT themselves.

ShoutOut has contacted about 400 schools and gone to 60. If schools don’t want them to visit, they’re more likely to simply not respond than to refuse.

“We have been welcomed with open arms by many schools, including religious schools,” says ShoutOut manager Bella FitzPatrick. “But I’ve yet to come across a school where the pupils have been well-informed on LGBT issues.”

At the workshops, students are asked to move to one side or another of a room, depending on how strongly they agree or disagree with a statement.

“We ask the class whether their school is a safe and supportive place to come out. Straight and cisgender (non-transgender) children often say it is, but the LGBT students tell a different story by where they stand.

ShoutOut volunteers avoid preaching. “We never tell students not to use certain terms; instead, we bring it back to ourselves and explain how we were hurt in school by name-calling (such as using the word ‘gay’ as a synonym for anything bad or stupid), how it might have prevented us from coming out, and how it effectively closed and bolted the closet door on us a lot longer.

“The aim is to awaken empathy and to make them aware of what it is like to be a young LGBT person. If I’d had a talk like this when I was 16, it would have meant so much to me. I know we have made a difference to the lives of LGBT children.”

Young people at the workshops are increasingly interested in learning about gender identity and what it means to be transgender. Volunteers say they are more likely to encounter young people who, due to Ireland’s relatively poor relationship and sex education, are uninformed on LGBT issues, but they’re rarely overtly homophobic.

What if a student disagrees or expresses a view that it is not okay to be LGBT? This happens rarely, but when it does, it is usually under the guise of a religious objection.

“We say there is no problem if someone has a moral objection to being LGBT, but we are just asking them to be nice and sound to their classmates. It’s not about whether you believe in hell; it’s about whether you make someone else’s life hell.”

Volunteers note that some teachers can be hugely supportive, but others will either ignore anti-LGBT bullying or even condone it.

“A school is lucky if they have a teacher who is kind to LGBT students and who will inform other colleagues. But will a student have that teacher? It’s disheartening to think it comes down to the luck of the draw.”