Who owns the sky? Property owners or drone users? 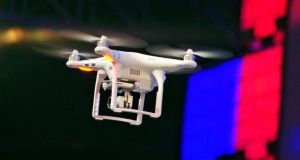 The legislation, if adopted, will apply to drones being used in the State and seeks to replace legislation from 2000 which currently governs the technology. The introduction of such legislation would undoubtedly represent a step in the right direction, clarifying the need for training in certain circumstances and highlighting the need for safety.

However, the advent of drone technology gives rise to a number of more difficult legal questions – not dealt with in the proposed Order – which require serious consideration and may demand more fundamental law reform in the not-too-distant future.

While the vast bulk of attention to date internationally has focused on the potential privacy implications of drones, key questions in relation to the likely conflict between drone users and landowners, from a property law perspective, have remained under the radar.

For instance, if a drone is flying over private property without the consent of the landowner, can the latter sue for trespass? Or, to put it another way: Does a landowner own all the sky above their property?

Historically, the answer to this question was ‘yes’.

According to the ad coelum doctrine, the owner of land owned ‘up to the heavens and down to hell’.

However, by the early part of the 20th century, the emergence of aviation and the introduction of planes to the sky put paid to this notion. Higher altitude airspace became public airspace in which landowners of the surface below had little or no interest.

Lower altitude airspace, on the other hand, was not so clear-cut. Although various courts have recognised the rights of landowners in the lower altitude airspace over their property, “to such height as is necessary for the ordinary use and enjoyment” of their land, what height this actually extends to has never been definitively resolved.

Yet it is in this lower altitude airspace that drones are now being operated on a daily basis.

While the Irish courts have not been faced to date with a trespass action taken by a landowner against a drone user, it appears inevitable that such litigation will arise sooner rather than later.

At present, the Irish Aviation Authority estimate there are about 4,000 drones in use in Ireland and, with Christmas fast approaching, it appears likely hundreds more will be flying off the shelves in the coming weeks, adding considerably to the overall figures in use across the country.

What seems clear is that any pre-emptive action to reduce the likelihood of conflict between landowners and drone users will necessarily involve compromise on both sides.

In California, legislation was proposed earlier this year which would have restricted the flying of drones lower than 350 feet over private property without the owner’s permission. The bill easily passed the state legislature, receiving considerable popular support, but was ultimately vetoed in September by Californian governor Jerry Brown.

The bill was opposed by influential tech industry companies and trade organisations including the Consumer Electronics Association in which Amazon, which famously wishes to develop drone technology in the delivery of its products, is a member.

Despite labelling the bill “well-intentioned”, governor Brown believed the issue needed to be looked at “more carefully”.

Notwithstanding its ultimate failure in California, the adoption of legislation providing a clearer description of the three-dimensional extent of landownership is certainly worth considering in Ireland. Landowners have recognised rights in some share of the airspace over their property in Ireland.

This is well-accepted. However, clarification on how high these rights extend is now badly needed.

Just as the law was forced to react to the development of motor cars, the internet, and so many other technological developments throughout the 20th century, we now need to start thinking about how we are going to address the gamut of novel legal issues arising in light of the development of drone technology.

In this task, the need to clarify the property rights of landowners must be viewed as a priority. Dr Kathryn O’Sullivan is a lecturer in law at the School of Law, University of Limerick