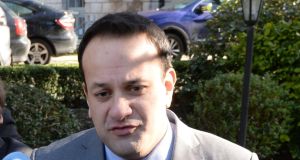 Minister for Health Leo Varadkar has confirmed that possession of certain drugs is no longer illegal following a decision by the Court of Appeal. File photograph: Dara Mac Dónaill/The Irish Times

Minister for Health Leo Varadkar has confirmed that possession of certain drugs was no longer illegal following a decision by the Court of Appeal regarding a challenge to the Misuse of Drugs Act 1977.

Emergency legislation being rushed through the Dáil today and the Seanad on Wednesday with the cooperation of the Opposition is intended to rectify the situation.

“My objective as Minister for Health is to protect public health and that’s why we are going to bring this emergency legislation to ban possession of these psychoactive substances,” Mr Varadkar said.

“Possession is not an offence at this moment in time.”

Mr Varadkar stressed it was still the case that the sale, supply, import and export of the drugs remained illegal, in the aftermath of the Court of Appeal ruling.

The State successfully defended the Misuse of Drugs Act 1977 in the original High Court hearing in March 2014. The matter was then referred to the Court of Appeal.

The case dealt with the power of the Government to control substances which are harmful to human health under Section 2 (2) of the Act.

Speaking to reporters at Leinster House, Mr Varadkar confirmed the drugs involved included “ecstasy, ketamine, CAT, mushrooms and some of the drugs that would have been traditionally described as head shop drugs”.

Referring to the possible effects of the drugs, Mr Varadkar said: “They all have very significant health risks that outway any perceived recreational benefits.”

He said that while possession was technically temporarily legal until the emergency legislation is passed, it remained illegal to purchase them.

Asked if prosecutions could be open to legal challenge, Mr Varadkar said it would depend on under which section of the Act the person was charged.

Mr Varadkar said he had been told “dozens” of cases could be affected by the ruling.

“What they’ll have to do now is go through each individual case and see whether the people were charged just under this section of the Act or whether they’ve been charged under other Acts as well,” he said.

“This case has been anticipated so I am advised that people who were charged in recent times in many cases were charged, not just under this section of legislation, but under other legislation as well.”

He said anything to do with the prosecutions of any individuals would be considered on a case-by-case basis by the Director of Public Prosecutions, who acted independently of Government.

Mr Varadkar said the Government had anticipated the possibility of a “negative outcome” and had drafted emergency legislation which had been approved by Cabinet last January.

He said an appeal to the Supreme Court was under consideration by the Government, but a situation whereby nothing was done immediately could not be allowed.

New legislation is planned for later in the year in order to reform the area.