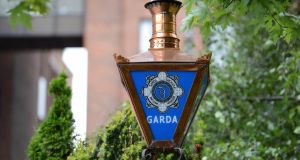 Two men are to appear in court in Dublin today charged in connection with an attempted armed robbery at a post office.

Two men are to appear in court in Dublin today charged in connection with an attempted armed robbery at a post office.

The men were arrested after an incident in Clonsilla near Blanchardstown yesterday. Gardaí said the men, who are aged in their 20s, entered the post office armed with a hammer and a handgun and threatened staff.

They left the post office empty handed and departed the area on a motorcycle.

Following a search by gardaí and pursuit they were arrested about 40 minutes later on the M6 motorway near Kilbeggan, some 80 km away.

They were taken to Mullingar Garda station for questioning under Section 30 of the Offences Against the State Act.

They are to appear at Blanchardstown District Court today charged in connection with the incident.