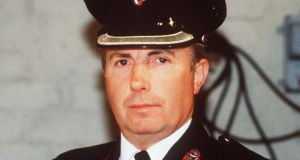 A solicitor for the family of an RUC officer whose murder was found by the Smithwick Tribunal to be linked to Garda collusion with the IRA has launched a strong defence of the inquiry’s findings.

Earlier this week, three former members of the Garda claimed in a lengthy critique that key tribunal findings were not grounded in fact and challenged its key finding of collusion.

But John McBurney, solicitor for the family of murdered RUC officer Harry Breen, says the gardaí’s critique is highly selective, filled with errors and displays a lack of familiarity with the inquiry’s findings.

The solicitor’s response, published in today’s Irish Times, also claims the critique by former gardaí displays a lack of independence and a keenness to accept the IRA’s versions of events.

The report of the seven-year inquiry published in December of last year found that the IRA was tipped off by at least one person inside Dundalk Garda station ahead of the 1989 murders of two senior RUC officers in Co Armagh.

The policemen – Chief Supt Breen and Supt Bob Buchanan – were the highest-ranking RUC officers to be killed in the 30-year conflict in the North.

They had been meeting with gardaí to discuss a joint crackdown on IRA smuggling on the morning of their deaths.

Mr McBurney says the willingness on the part of the three gardaí to believe IRA claims was in spite of “conclusive proof” that the paramilitary organisation had provided false and misleading information to the tribunal.

“As a lawyer, I find it surprising that three former police officers would argue that such primordial weight be attached to information which was not evidence – not provided in oral testimony under oath and tested by cross-examination – and summarily dismiss other compelling testimony tested in cross- examination,” he writes.

By contrast, the solicitor says the gardaí have paid “scant regard” to evidence by a British brigadier which undermined IRA assertions on when the operation had commenced. He also defends the Smithwick Tribunal report’s conclusions as a fair and painstaking assessment of all the evidence heard.

“After 198 witnesses and vast volumes of documentation, it is very easy for any individual to select the evidence (or, as is the case here, the information) which supports his or her point of view,” he writes.

“However, the task of a tribunal is painstakingly to assess and weigh all the evidence. In performing that task, Judge Smithwick, unlike the former gardaí who wrote this critique, two of whom were witnesses before the tribunal, has demonstrated his independence.”

Footsteps
He also says the three gardaí were not present for most of the hearings and could not claim to have “followed the same journey as the tribunal” or to have “walked in the footsteps of Smithwick”.