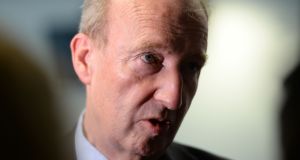 The latest moves from Minister for Transport Shane Ross to further tighten road traffic legislation once again exhibit the Dublin Rathdown TD’s determination to reform safety laws, but they may come up against political fatigue with the issue.

Earlier this year, Mr Ross’s Road Traffic Amendment Bill passed through the Oireachtas after an at times bitter debate.

That Bill extended an automatic three months driving ban to first time drink driving offenders caught with between 50mg and 80mg of alcohol per 100ml of blood.

It also made it an offence for the owner of a vehicle to allow a learner driver use a vehicle unaccompanied, named the “Clancy Amendment”. This was introduced in response to a request by Noel Clancy, who lost his wife and daughter in a crash involving an unaccompanied learner driver. The drink driving measures, in particular, caused political controversy and came up against serious and organised opposition in the Dáil.

Initial unease among some Fine Gael and Fianna Fáil TDs gave way to support for the measures, although the passage of the legislation was filibustered by a handful of rural deputies.

The latest proposals from Mr Ross would see drivers hit with automatic penalty points and an €80 fine if they are pulled over and do not have their driving licence to hand.

Mr Ross also wants to introduce graduated fines for speeding, which would, at their extreme end, see drivers caught speeding between 20km/h and 30km/h over the limit receive seven penalty points and a €200 fine.

The package of measures was due to be discussed by the Cabinet yesterday, but this was deferred because briefings on Brexit went on for longer than expected.

Sources said that, at a briefing for ministerial advisers earlier this week – held to pave the way for the Cabinet discussions – representatives of rural-based Ministers such as Michael Ring and Sean Kyne, the Government Chief Whip, raised queries and expressed concerns.

Ahead of the Cabinet meeting, Fine Gael sources also warned that the proposals from Mr Ross were at an early stage and are unlikely to become law any time soon. The Minister was seeking permission from his colleagues to draft legislation on the measures, and Government figures said they face many more layers of scrutiny.

Mr Ross may find that enthusiasm for further reforms is lacking, even among his coalition colleagues.