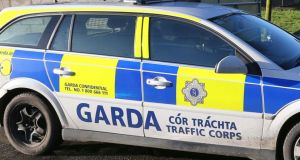 Suspect for repeated stabbing of woman on Christmas Eve has been taken to Cavan General Hospital.

A prominent republican suspected of stabbing a woman in a Christmas Eve attack has been returned to Cavan Garda station after treatment in Cavan General Hospital.

The man, a father of two, received medical attention in the same hospital where his alleged victim is gravely ill, having been repeatedly stabbed in her home on Christmas Eve.

Garda sources said the suspect, who is originally from the North, had been taken to Cavan Garda station after his arrest on Christmas Eve. However, he had sustained a facial injury and required treatment for ongoing health problems.

After his questioning was suspended to allow him to sleep, a decision was made to transfer him to hospital for treatment, until he was deemed well enough to be taken back to the Garda station.

Based on his past history linked to his time in the Provisional IRA, the suspect is regarded as a flight risk.

Gardaí, including armed members of the force, had been assigned to the hospital in keeping with the man’s status as a prisoner and suspect for a serious crime.

The victim of the attack, who is in her late 40s and is a mother of two young children, is still in hospital.

While she is expected to survive, gardaí said she was subjected to a lengthy ordeal in her family home in Kilnaleck, Co Cavan. The arrested man is known to her.