There are ‘particular difficulties’ in small towns where gardaí, victims and perpetrators all know each other 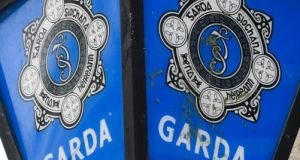 The Policing Authority says there is “huge positivity” for the work the Garda is doing to address domestic violence. However, a number of community groups have said some gardaí are “culturally not there yet”

A change in “tone” among gardaí towards people has been one of the most striking elements of the policing operation run during the Covid-19 pandemic, the Policing Authority has said.

The watchdog said some cultural changes were required when handling domestic violence reports, with some members regarding these as private issues within a relationship or using the opportunity to check if cars at a scene were taxed.

Having previously praised the Garda for its response to domestic violence during the lockdown, the authority said some gardaí remained reluctant to take action against those inflicting domestic violence or breaking safety orders.

In its latest report, published on Friday, the authority said there was “huge positivity” for the work the Garda was doing to address domestic violence. However, a number of community groups had told it that some gardaí were “culturally not there yet” when it came to responding to domestic violence.

“This relates to instances where there is a framing of domestic abuse as a relationship issue rather than a crime, with a reported reluctance to remove the perpetrator from the home or make an arrest in the absence of a complaint,” the authority said.

There were “particular difficulties” in “small towns” where gardaí, victims and perpetrators all knew each other.

“Particular issues arise in terms of Travellers and a perceived reluctance to respond to calls in relation to domestic abuse, or when they are responded to the call-out being taken as an opportunity to conduct searches or check for tax and insurance compliance,” it said.

More broadly, domestic violence groups “described an increased alertness, empathy and appreciation of the situation in which the interaction with victims is taking place”.

The authority said generally the manner in which “policing actions” were discharged were “of a different character”.

During the lockdown period the number of Garda members on duty at any one time has been at record levels. Because most types of crime have fallen, Garda sources say, members have had more time to engage with communities.

The authority focused at length on the improved “tone” of Garda members when dealing with the public in its latest report.

“Policing during Covid-19 has been described as being more empathetic, respectful, focused, caring and engaged,” it said. “Groups that hitherto would have reported low confidence in the gardaí are now expressing cautious optimism that the tone of interaction might be preserved beyond the Covid-19 emergency.

“As one Traveller remarked, ‘it is like nothing we’ve experienced before – it is as if they have been instructed to treat us as members of the community’.”

In the week to last Saturday, the Garda arrested or commenced proceedings against 13 people for breaching Covid-19 regulations, down from a high of 69 in the week to May 2nd.

The northwest region has accounted for 41 per cent of all incidents since the Covid-19 policing operation began, more than any other area.

Spit-hoods were used four times across the State in the week to last Saturday, the joint-lowest weekly use since the Garda operation began.

The report only covers the period up to last Saturday, meaning there is no reference to the Black Lives Matter protest held in Dublin on Monday or the Garda investigation into the protest leaders.

The Garda has told the authority that for some individuals who had not complied with regulations during protests, files were being prepared for the Director of Public Prosecutions. The Garda has reported that taking this form of action “has proved challenging for a number of larger protests”.