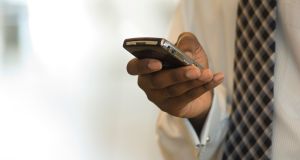 Judges designated to oversee the operation of laws allowing the bugging of telephones and the collection of communications data by the Irish authorities usually do their work in one or two days each year. Photograph: Thinkstock

Judges designated to oversee the operation of laws allowing the bugging of telephones and the collection of communications data by the Irish authorities usually do their work in one or two days each year, according to their reports.

This contrasts with the Office of the Interception of Communications Commissioner (IOCCO) in the UK which, in its latest annual report, states that teams of two to three officials generally take two to three days to inspect larger agencies with powers to intercept communications and do so twice yearly.

For smaller agencies, two staff take one to two days per visit. The UK office has an annual budget of £1 million (€1.3m).

In the Republic a single High Court judge appointed by the Government is asked to oversee operation of the law while also doing his main job and in return for no extra pay.

The 2014 report from Mr Justice Paul McDermott – the designated judge for that year appointed under the 1993 and 2011 acts covering, respectively, the interception of mail and telephone calls, and the retention of data – consists of one page.

It states that on the morning of October 24th, 2014, he visited Garda Headquarters in Phoenix Park, Dublin, and in the afternoon the Army HQ, on nearby Blackhorse Avenue.

His report was dated two days’ later and comprised three paragraphs, including one identical to the one quoted above. The report does not refer to the Gsoc office.

A spokesman for the Department of An Taoiseach said the High Court judges are appointed to provide independent, judicial oversight of the operation of the interception regime in the public interest.

TJ McIntyre, who lectures in the UCD School of Law on information technology law and civil liberties, said the extent of the role given by Irish law to the designated judges is inadequate, and the judges appointed to the role have, in his view, adopted a strict understanding of their role.

He said designated judges appointed under the Criminal Justice (Surveillance) Act 2009, which covers the use of surveillance devices such as tracking devices on cars, produce more detailed reports.

The IOCCO report for 2014 includes recommendations in relation to the interception regime and data on mistakes made by agencies involved.

A large majority of the recommendations in 2013 about the retention, storage and destruction of intercepted material and related communications data were implemented in 2014, resulting in a significant amount of material and data being destroyed and retention periods being reduced where there was no persuasive justification for its ongoing retention, the report said.