Residential burglaries can increase by up to 23 per cent in winter, according to research 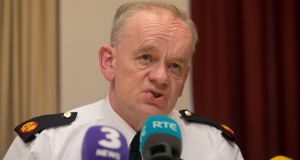 Assistant Garda Commissioner John O’Driscoll: ‘We find that if we tackle a gang in one region they sometimes move to another.’ File image: Gareth Chaney Collins

The curtailment on Garda overtime will not stymie efforts to tackle the expected rise in burglaries this winter, an assistance commissioner has said.

Garda research states residential burglaries can increase by up to 23 per cent in winter as thieves take advantage of the longer nights. The largest increase occurs between the hours of 5pm and 10pm, with over 50 per cent of burglars entering through the front or back door.

Asked about the impact of overtime cuts on Operation Thor’s success, Assistant Commissioner for Special Crime Operations John O’Driscoll said there may be restrictions on certain beat patrols due to overtime cuts but that increases in new gardaí should help mitigate this.

“We would all like to have additional resources but Operation Thor is about making better use of the resources that we have,” he told The Irish Times.

He said the intensive winter phase will run into the early months of 2019 by which time the overtime restrictions will have ended.

He added: “In any circumstances where there is threat to life or serious organised crime there is no suggestion we won’t make available any resources needed.”

Mr O’Driscoll said much of the focus of Operation Thor was on sharing information about mobile burglary gangs between divisions. This was the subject of a meeting on Tuesday between Garda personnel from around the country.

“We find that if we tackle a gang in one region they sometimes move to another.”

The forthcoming reorganisation of the Garda structure along semi-autonomous divisional lines will not affect this intelligence sharing, according to Mr O’Driscoll. He said Operation Thor would continue to be coordinated at a national level.