What Alan Shatter does next will be key 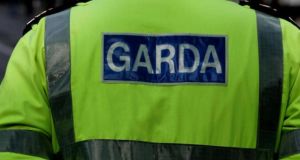 More than 4½ years after it began probing the Garda’s use of drug dealer and informer Kieran Boylan, the Garda Síochána Ombudsman Commission says it has been run ragged by delay and a lack of cooperation by the force.

The DPP has decided not to pursue any criminal charges against those gardaí investigated and she has no concerns about the safety of convictions secured with the aid of information that came from Boylan.

The ombudsman has decided not to pursue disciplinary inquiries against individual gardaí at the centre of the case. It has instead passed its findings to Minister for Justice Alan Shatter in the hope he will do something, anything, to ensure the matter does not die here.

The ombudsman in October 2008, just one year after it began operating, opened an inquiry into the case “in the public interest”, meaning it did not wait for any complaint to be lodged.

At the end of July that year the State had entered a nolle prosequi in the case against Boylan, a 43-year-old from Rockfield Park, Ardee, Co Louth. The dropped charges related to the seizure of €1.7 million of cocaine and heroin in October 2005.

It was alleged Boylan told arresting gardaí he was working for members of the force. The ombudsman examined the nature of Boylan’s relationship with some gardaí and whether he was distributing drugs in the knowledge of gardaí while they used him as an informer. It was alleged that he led gardaí to find drugs hauls after he had sold those drugs to other dealers.

Part of the corruption exposed in the Donegal division involved two gardaí pretending they had an IRA informer who gave them information about bombs that the officers themselves had planted.

Boylan has a drug conviction in England, where he was jailed for 7½ years for possession of cannabis resin in 1997. In 2003 he was caught with cocaine and heroin valued at €750,000 in Dublin Port. He pleaded guilty.

The ombudsman effectively has nothing to show for its painstaking investigations since 2008; and it can’t even publish its findings for fear of putting at risk the lives of those named in its report.

Ironically, a similar concern was one of a number of reasons put forward by gardaí as they resisted surrendering the information and evidence the ombudsman had requested.

The legacy of the investigation, the ombudsman’s longest and most significant since it began work in 2007, is a series of recommendations to Minister for Justice Alan Shatter aimed at strengthening its hand when dealing with gardaí.

It wants direct access to Garda records, including intelligence files and databases, and has requested stronger legislation aimed at forcing gardaí to comply with its requests for information more speedily and fully.

Its criticism of the Garda will do little for its often troubled relationship with the force, many members of which resent being investigated by outsiders with the same powers as themselves.

Shatter intends calling Garda Commissioner Martin Callinan to clear the air talks with the three people at the head of the commission: Simon O’Brien, Kieran Fitzgerald and Carmel Foley.

The senior gardaí who have been investigated appear to have emerged with their careers, and most likely career prospects, intact.

The value of the massive investigation will largely depend on what Shatter does next. Will he decide to strengthen the hand of the commission to truly put them on a par with the Garda?

Or will he decide there’s nothing to see here and try to hurry everybody along.