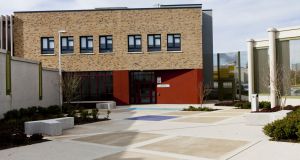 The authors of a two-year-old report raising “serious concerns” around conditions in Oberstown youth detention facility, have criticised a decision not to publish it.

The Oireachtas Committee on Children and Youth Affairs heard that various reasons had been given for the report to remain unpublished but that the authors were not satisfied as to the rationale behind them.

They said it was essential to ensure lessons are learned from the past.

“We strongly believe that our report should be published, whether or not the situation at Oberstown has improved,” said Professors Nick Hardwick and Barry Goldson in a submission to the Committee .

“We do not believe the right lessons will be learned by the many individuals and organisations who are involved in the campus unless there is a full understanding of what happened in the past.”

The full document has remained confidential on the basis of legal advice. A summary of the report has been published.

However, its authors said they had not seen this and that any publication “risk” had not been explained to them.

Professor Goldson, of the University of Liverpool, and Professor Hardwick, former chair of the UK’s parole board, were commissioned to carry out the review in September 2016.

The report, which is 67 pages long with 95 recommendations, was completed in February 2017.

They said the following May, the chair of the board of management at the Oberstown facility, Professor Ursula Kilkelly, told them the report would not be published.

Nobody at the centre, other than its chair and director, were identified in the document, the Committee was told.

In their witness statement, the authors quoted a letter from Minister for Children Katherine Zappone dated July, 2018 in which she said it would be “misleading to publish the report now, having regard to the progress that had been achieved in the interim”.

“I have sought assurances from the Board that it is satisfied that fair procedures were applied. The Board has not been in a position to provide such assurances to me to date.

“In the circumstances I do not propose to publish the full report.”

The authors said they were given no indications or examples of where such fair procedures may have been breached.

Attempts to enact a contractual provision to bring the dispute to arbitration were rejected by the chair of the board, while the Minister did not engage they said. “We have not had any further communications.”

However, in a submission to the Committee, Professor Kilkelly said it had always been the intention to publish the report. “We were regrettably left with no alternative when the serious legal risks associated with publication were brought to our attention”.

Professor Kilkelly said there was “no doubt” Oberstown faced “very real challenges” between 2014 and 2017.

The operational review was undertaken to “achieve an understanding and balance between the concepts of care and control within a detention environment”.

However the first draft held “substantial concerns” regarding factual inaccuracies, she said. A subsequent version of the report followed but there were “ongoing problems”.

“Throughout this process, the board which represent a broad cross section of people with a commitment to the interests of the young people in Oberstown, sought to deal with this matter fairly and prudently in light of its substantial legal responsibilities both to young people detained and remanded to Oberstown and to staff who work there,” she said in her statement.

In a statement, the Department of Children and Youth Affairs said the Minister had received separate legal advice from the Attorney General and concluded it was not appropriate to publish the full report.