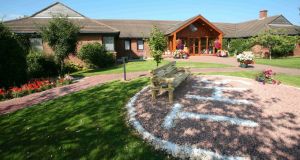 Four youths held in Oberstown Detention Centre are suing the State claiming their human rights have been breached.

The cases follow disturbances and fire damage to the centre near Lusk, Co Dublin, last August which led to some detainees allegedly having to be held in 23-hour lock-up and allegedly being denied visits by family members.

The High Court was previously told that, on the night of August 29/30th, a number of boys got on to the roof of the centre and a fire broke out rendering one unit useless and two others out of action while repairs were carried out.

The four who have brought proceedings seek declarations and damages claiming that not being allowed family visits breaches their rights under the European Convention on Human Rights to private and family life.

They also seek orders prohibiting the operation of a regime of solitary confinement.

The applications are being opposed by the director of the Oberstown Centre and the Minister for Children and Youth Affairs.

The cases are listed for hearing in January.

The defendants were yesterday given permission by Mr Justice Seamus Noonan to apply to have one of the four cases dismissed on the basis it was now pointless because the youth involved had since been sentenced by the District Court to a term at Wheatfield adult prison in Dublin.

A lawyer for the youth opposed any amendment to the proceedings on grounds the application should have been made earlier.

Mr Justice Noonan said the court had to have regard to all the relevant facts and he would allow the amendment.