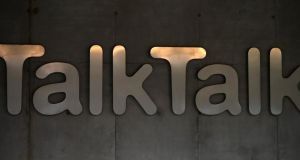 A Co Antrim schoolboy arrested over the cyber attack on TalkTalk is suing three national newspapers for alleged breach of privacy, it has emerged.

Lawyers for the 15-year-old have also commenced proceedings against internet giants Google and Twitter.

The lawsuit centres on publicity surrounding his questioning last month by police investigating a major hack into the phone and broadband provider’s database.

Details of the case can be disclosed after reporting restrictions were partially lifted by a judge at the High Court in Belfast.

Mr Justice O’Hara has also granted injunctions against Google and Twitter in a bid to remove any online references to the teenager’s name, address, images or information about his physical appearance.

The three newspapers defending the action, the Daily Telegraph, the Daily Mail and the Sun, all gave undertakings aimed to protecting the boy’s identity pending the outcome of the case.

The boy was among four people to be detained in connection with the TalkTalk hacking inquiry. He was interviewed on suspicion of offences under the Computer Misuse Act before being released on bail.

Since then his lawyers have issued writs claiming negligence, misuse of private information, defamation, breach of confidence and data protection.

As part of their action they took legal steps to secure the removal of material published about their client and where he lived.

The court heard the boy’s family has had to move home following the publicity surrounding his arrest. It was claimed he could be identified from newspaper articles and partially blacked out photographs which appeared at the time.

Barrister Ronan Lavery QC argued that the content contributed to his client being “stigmatised” within his community.

He said the teenager’s name also featured in tweets and online searches.

The case is due to be heard again next month.