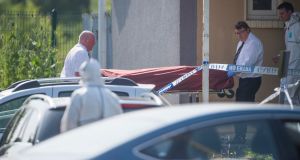 The remains of Joe O’Callaghan are brought from his home in Douglas, Cork on Monday. Photograph: Michael Mac Sweeney/Provision 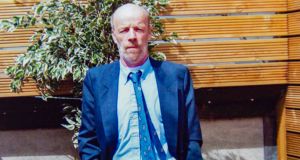 Joe O’Callaghan who died in in Douglas, Cork. Photograph: Provision

A man in his 20s who was being questioned in connection with the murder a of pensioner who was found dead at his home in Douglas in Cork city on Monday was released without charge.

Joe O’Callaghan (66) was discovered in the hallway of his bungalow in Galway’s Lane by his wife Angeline shortly after 8am on Monday as she returned from working a night shift. She raised the alarm when she walked in on her husband who had been subjected to a violent death.

It is understood the door was forced in but nothing was taken and parts of the house were stained with blood.

A postmortem examination was carried out at Cork University Hospital on Tuesday by Assistant State Pathologist Dr Margot Bolster. The results have not been released for operational reasons.

However, the investigation has been upgraded to murder and it is understood the father-of-three had sustained head injuries and died following being attacked.

A 22-year-old man, who voluntarily presented himself to gardaí, has been released without charge following his detention at Togher Garda Station in the city. A file will be prepared for the Director of Public Prosecutions.

A forensic examination of the bungalow where the murder occurred has now been concluded. Door-to-door enquiries have been carried out and gardaí are checking CCTV footage in the area. Mr O’Callaghan lived in a cul-de-sac in the heart of Douglas village.

One neighbour, who declined to be named, reported hearing a roar from the house in the early hours of Monday morning and the sound of a door slamming.

He said he didn’t raise the alarm as hearing noise from the property was not an unusual event. He only realised the extent of what had occurred when he got up the following morning, saw gardaí outside the house and was told the 66-year-old was dead.

A second neighbour, John O’Sullivan, said it was the last thing he expected to happen in the lane. “Something terrible like this doesn’t happen here. You feel safe.”

Mr O’Callaghan had worked a variety of jobs during the course of his life which he spent primarily in Douglas. He hailed from a family of eight and had three adult children from a previous marriage.

His sister Sheila Thornhill was visibly shocked as she visited the scene on Monday. She said Mr O’Callaghan had experienced ill health in recent years but was in “good form.” She said he “was always happy in himself” even amidst the compromises in his health.

The widow of the deceased, who is from Zimbabwe, is being cared for by relatives. Mr O’Callaghan was previously married and had lived at the property in Galway’s Lane for five years. He also resided in nearby Belgard Downs in Douglas for a period.