Man wanted for dissident republican’s murder is arrested in Spain 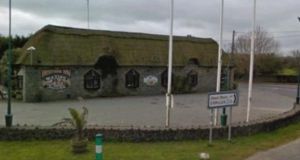 A Dublin man wanted for the murder of dissident republican Peter Butterly five years ago has been detained in Spain.

A warrant for the arrest of Dean Evans was issued by the Special Criminal Court last year after he failed to turn up for his trial for the murder.

He was arrested by Spanish police on Thursday and is due to face a European Arrest Warrant seeking his return to Ireland.

Last April, two men, Edward McGrath and Sharif Kelly, were found guilty at the Special Criminal Court of murdering Mr Butterly and were jailed for life.

Four men, including Mr Evans, were originally charged with the murder. One of the four, David Cullen, subsequently turned State witness, and his murder charge was dropped.

The court had heard that McGrath and Kelly were arrested by gardaí shortly after a “callous, brutal and premeditated murder, both performing their assigned roles”.

It was alleged that Dean Evans was a passenger in the back of the car, behind the driver’s seat, and that he shot Mr Butterly.

McGrath then drove the Corolla away from the carpark and up Flemington Road. He stopped the car in a laneway. The court heard that this was where the car was to be destroyed, before gardaí intervened.

Farther back the road, Sharif Kelly was stopped while driving a green Opel Zafira.

3:16 Remains of 19 women who died at mother and baby home remain missing